DJ Marshmello's $350,000 truck stolen and taken for a joyride 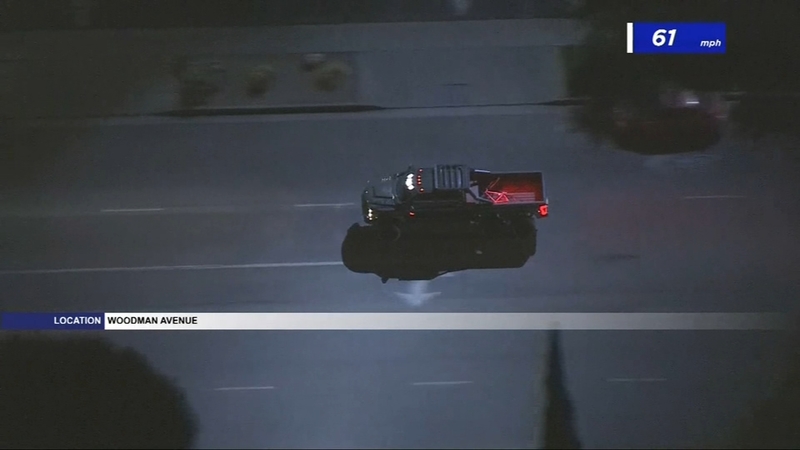 DJ Marshmello's $350,000 truck stolen and taken for a joyride

LOS ANGELES, California -- A wild pursuit involving a stolen $350,000 truck belonging to a famous DJ started in Malibu and came to a crashing end in the San Fernando Valley Wednesday night.

The stolen truck belongs to DJ Marshmello, whose real name is Christopher Comstock, according to CNN affiliate KCAL.

According to Los Angeles police, the suspect rode up to the dealership in a bicycle, threw the bike in the bed of the truck and then drove away in the truck.

A pursuit ensued, with the driver jumping onto the southbound 101 Freeway. California Highway Patrol officers took over the chase.

The pursuit aired on KCAL9. DJ Marshmello's manager Moe Shalizi, who had dropped the truck off at the dealership to be serviced, posted video of the pursuit to social media.

Officers unsuccessfully tried to stop the truck using a PIT maneuver and a spike strip before the driver exited the freeway in the San Fernando Valley and began circling surface streets.

Just after 10 p.m., the driver eventually lost control coming out of a Taco Bell parking lot, drove up onto a sidewalk and sheered a light pole in the area of Coldwater Canyon Avenue and Vanowen Street in North Hollywood.

The suspect, who was not identified, was then peacefully arrested by CHP officers. He may have been under the influence of alcohol or drugs, the sheriff's department said.

It's unclear exactly how much damage the truck sustained. Shalizi had the truck custom built for Marshmello just last year.