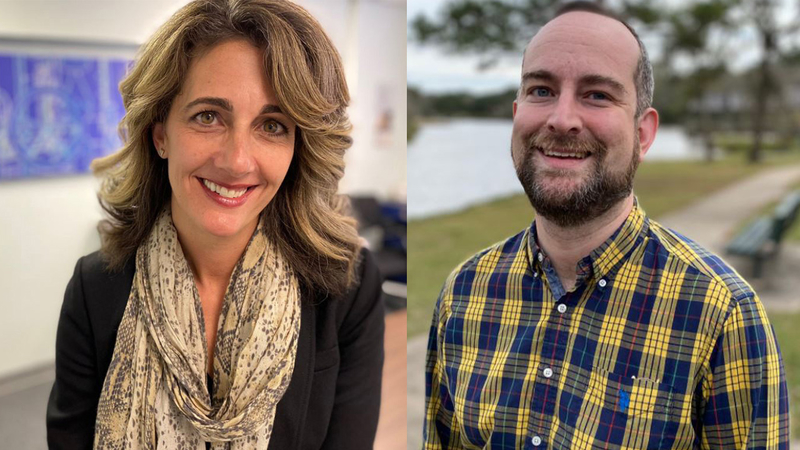 Dickinson mayoral race comes down to pulling name out of hat

DICKINSON, Texas (KTRK) -- After a runoff resulted in a tie, Dickinson's new mayor will be picked from a hat this evening.

Sean Skipworth and Jennifer Lawrence have campaigned to be the city's mayor for nearly a year. Now, the hard work comes down to the luck of the draw Thursday night.

DRAMATIC ENDING: Tomorrow, Dickinson will get a mayor, but it won’t be decided by a vote. The winner will be selected from a HAT! Months of campaigning by @ProfSkip and Jennifer Lawrence comes down a luck of the draw. Hear from them both on @abc13houston at 630. pic.twitter.com/G4Z77eWiWA

"[I'm] nervous," Skipworth said. "There's no shame in saying that, I think. It's high stakes."

Skipworth described the journey as something "you can't make up." The election was supposed to take place in May, but due to COVID-19 concerns, it was delayed until November. During the general election, neither candidate received 50% of the vote which triggered a runoff.

Last month, a runoff recount resulted in a vote total that left the candidates speechless.

The candidates said Dickinson's charter doesn't have plan for a tie, and because of this, state law triggers a casting of lots to decide the winner.

Both candidates said if they're chosen, they'll welcome a discussion to making a change so the hard work of future candidates won't go down with the luck of the draw.

"I'm sort of at peace with it at this point," Lawrence explained. "We worked hard, Sean and I have both worked hard."

To make sure there's no bias in whoever picks the name out of the hat, the city has invited Friendswood's mayor to do the honors.

Whoever is selected will be sworn-in as the city's new mayor during next week's council meeting.

"I'm at peace with it for however it goes," Skipworth explained. "I'm definitely nervous and anxious as anybody is. Just anxious to have it resolved one way or another."