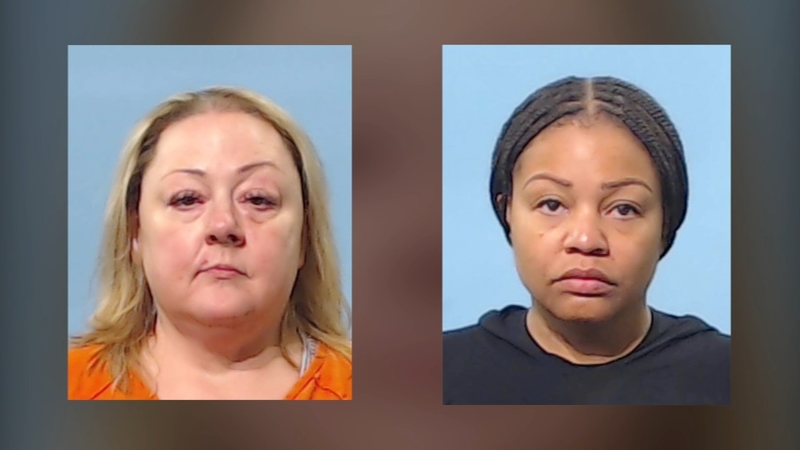 HOUSTON, Texas (KTRK) -- A Harris County Precinct 1 sergeant made a 'dying declaration' of child sex assault and implicated two co-workers before taking his own life.

The complicated web of allegations started unraveling a week ago when officials with the Harris County Precinct 1 Constable's Office said they questioned a dispatcher about her poor work performance.

In a press conference Friday, Constable Alan Rosen said that is when the dispatcher, Christina McKay, rather abruptly reported to them that co-worker, Sgt. Robert Johnson, was allegedly sexually abusing children.

"It's pretty apparent that everybody around this guy had no idea that he was a pedophile," Rosen said. "Not his wife. Not his friends. Not his co-workers. Nobody."

Rosen's office contacted Houston Police and other agencies in the area, including CPS and an investigation was launched.

The allegations came to light after the sergeant in question took his own life following a six-hour standoff.

According to Brazoria County court records, McKay told investigators Johnson, who was married, and Dep. Chonda Williams were having a months-long affair that also involved a minor. McKay said before one sex assault, he gave the minor some pills "so she wouldn't be aware."

The disturbing allegations do not stop there.

Court records also state that McKay admitted to also having an affair with Johnson.

Officers confirmed McKay made reservations at a hotel in Pearland more than 20 times and on at least one occasion, she told investigators she gave Johnson pills to "sedate the minor children victims" during the sexual assault. Once, when he left the hotel, he carried a child out "over his shoulder."

By Wednesday, Johnson's world was crumbling. Officers were looking for him. Deputies in Liberty County tracked him down and tried to pull him over. There was a chase and then a standoff that lasted for about six hours. During that time, investigators said Johnson made what they called a "dying declaration" before he took his own life.

"Johnson confessed to everything he had done and he implicated two other employees at this office, Christina McKay and Chonda Williams," said Rosen.

The two women were fired, charged with sexual assault of a child and arrested. Bonds for both are $200,000. They remained in jail Friday night.

Constable Rosen said he's been in contact with the victims and their families. He also disclosed he hired Johnson after he was fired from the Harris County Sheriff's Office for an inappropriate relationship with an adult. Rosen said he wanted to give Johnson a second chance. He passed a psychiatric evaluation and background check before he was hired.

The incidents remain under investigation.