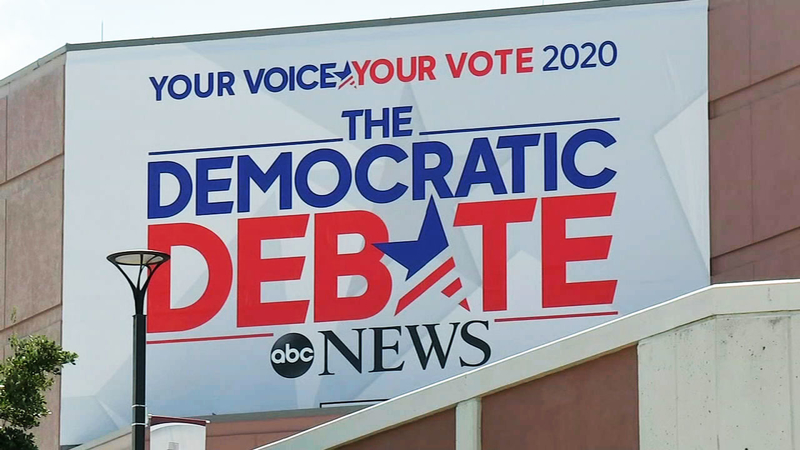 HOUSTON, Texas (KTRK) -- In 48 hours, the campus of Texas Southern University will be packed. Ten Democratic candidates. Journalists from all over the world. Only a lucky few have tickets inside the debate hall itself.

It was a golden ticket or more like a golden email that Juan Antonio Sorto opened early Saturday morning.

"I did not receive notification until the very last minute," Sorto said.

He is one of only 650 students to win the lottery and get a seat inside the hall. It's a ticket most everyone with an interest in presidential politics wants to have. Sorto is still in disbelief.

"I actually had to look at it a couple of times to see if this was real," Sorto said. "You don't really expect you're going to be chosen."

But he is also taking this seriously. He reached out to us, asking how he can submit questions to the candidates. His issues are immigration, education, and the economy.


Sorto works a full-time job and is a full-time student. He's working toward the American dream and is anxious to learn if any of those on stage Thursday might have an idea of how more people like him can get there.

Fewer than 2,000 people will be in the debate hall on Thursday night. It's a tough ticket to get.

Three-hundred seats go to the campaigns, 650 go to the students. The rest are split among the politically connected and television networks. But that doesn't mean you can't have a voice.

ABC News wants you to submit your questions and top issues, and you can do on Twitter here:

What is the top issue you would want the Democratic presidential candidates to address at @ABC News' primary debate on Sept. 12? Tweet your response below. https://t.co/XgGS3pPKUg #DemDebate pic.twitter.com/EQfts58wfW

Who knows, maybe we'll even steal a couple to ask the candidates when we see them in the spin room after the debate.