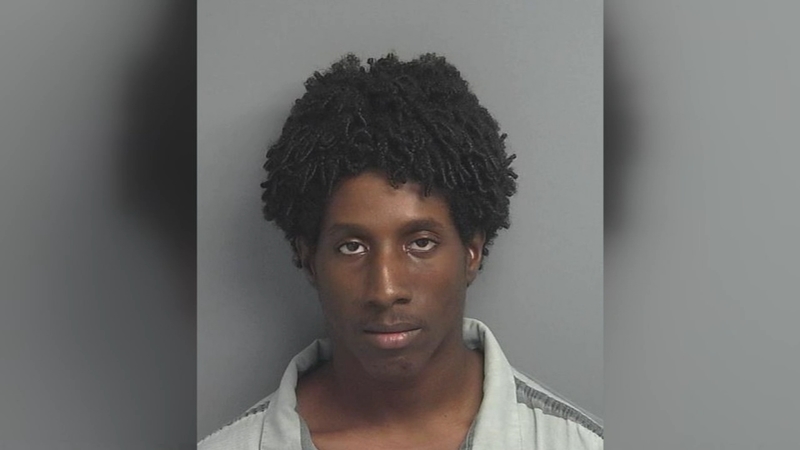 KINGWOOD, Texas (KTRK) -- A single mother who is the sole provider for her family is left without a car after deputies with Montgomery County's Precinct Four Constable's Office say a 20-year-old man stole it from a hospital parking lot.

The theft happened on Wednesday night just before midnight.

Alejandra Risini is a delivery driver for a nearby Pizza Hut and is also deaf.

She spoke with ABC13 and explained she was making a late night delivery to the hospital and had done that many times before.

"I don't know what I'm going to do without the car," she said.

The woman said she pulled up outside the hospital and parked the car, leaving the keys in the ignition.

That's when investigators say George O'Brien, of Houston, got behind the wheel and took off.

By the time Risini got back outside, she realized the car was missing and called the police.

Her cellphone was inside the car, and with the app "Find my iPhone," the location was found.

Deputies say the suspect was traveling toward FM 1314 on Sorters Rd., where the car was pulled over in a driveway.

When deputies pulled up behind it, the car took off down Sorters and led the deputies on a chase that lasted a half of a mile before the suspect crashed into a picnic table.

O'Brien then ran into the woods and was later found with support from an air unit and K9 assets.

The man was placed into custody for felony evading and unauthorized use of a motor vehicle.

Risini is now working with her insurance company to figure out the next steps but says she is now trying to figure out how to get to work.

"Team members like Alejandra are the lifeblood of our business and we're thankful she was unharmed in what was an unfortunate situation. We're discussing ways the broader Pizza Hut team can provide support, and in the meantime the local franchisee is working to identify new opportunities for her within the restaurant until she's back driving."