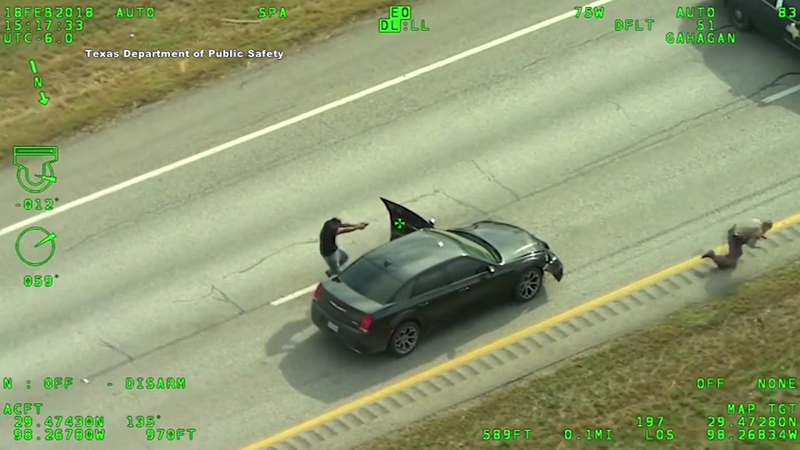 New video shows a chase leading up to a deadly shooting

DPS troopers just released video of the February chase that started when a man drove away from a traffic stop.

Authorities say a trooper stopped the car in Guadalupe County for a traffic violation, and the driver gave a false name and sped away.

The footage shows the driver opening his car door as the vehicle was still in motion, before completely exiting the vehicle as it came to a full stop. He can then be seen firing at a trooper, who was shot in the arm.

The suspect, later identified as 33-year-old Ernest Manuel Montelongo of San Antonio, was shot by a state trooper in the exchange of gunfire at the scene and later died at a hospital from his injuries, according to the Associated Press.