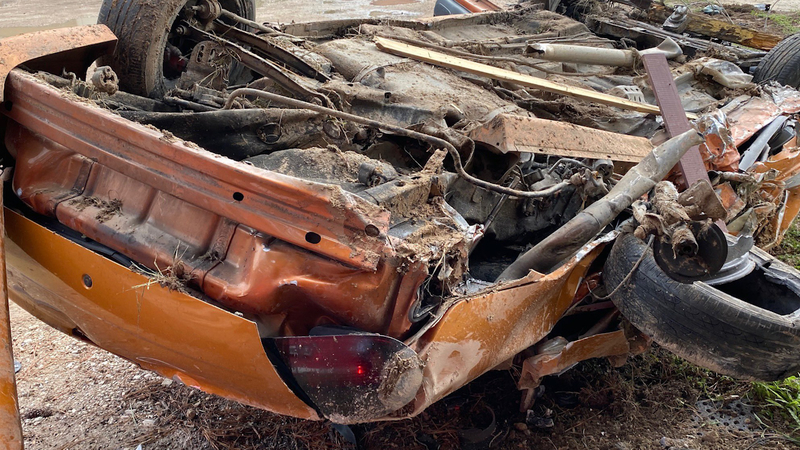 2 dead after vehicle crashes into business in north Harris Co.

HOUSTON, Texas (KTRK) -- Two people are dead and two others were injured following a crash in north Harris County, according the Harris County Sheriff's Office.

Deputies are on the scene of a crash on Kuykendahl at Spring Cypress. Preliminary reports say a vehicle crashed into a business and 2 people have died. Life Flight has been called. #hounews pic.twitter.com/t5ImmLHuvb

Deputies responded to the deadly crash on Kuykendahl near the 4200 block of Spring Cypress around 5 p.m.

Deputies said the driver of a Dodge Neon was going at a high-rate of speed while trying to pass up another car when the Dodge lost control and went airborne, crashing into a building.

The driver of the Dodge and one of the two passengers died on the scene. The second passenger was taken to the hospital by Life Flight.

A multiple fatality accident has Spring Cypress shutdown just west of Falvel. @HCSOTexas is investigating. Two people died at the scene and two patients were taken to local hospitals, one by LifeFlight. Please avoid the area. pic.twitter.com/9KIy2VlfUX