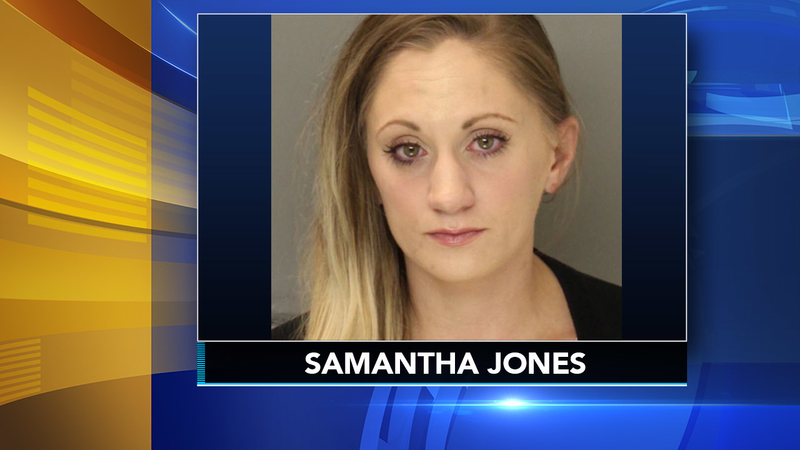 NEW BRITAIN TOWNSHIP, Pennsylvania -- A mother has been charged with criminal homicide after her baby died from ingesting drug-laced breast milk, the district attorney's office said.

Samantha Jones, 30, was charged Friday for the death of her 11-week-old son back in April.

An autopsy found the baby died from a combination of methadone, amphetamine and methamphetamine transmitted through her breast milk, the D.A.'s office said.

Her husband told police the baby was crying again around 6 a.m. and Jones asked him to prepare a bottle of formula. After he left for work, she fed the baby and fell back asleep, waking up again around 7:30 a.m. to find the child in obvious distress.

Bail was set at $3 million cash.

The D.A'.s office said Jones' attorney argued against the high bail, said the killing was not intentional and Jones was not a flight risk or a danger to anyone.