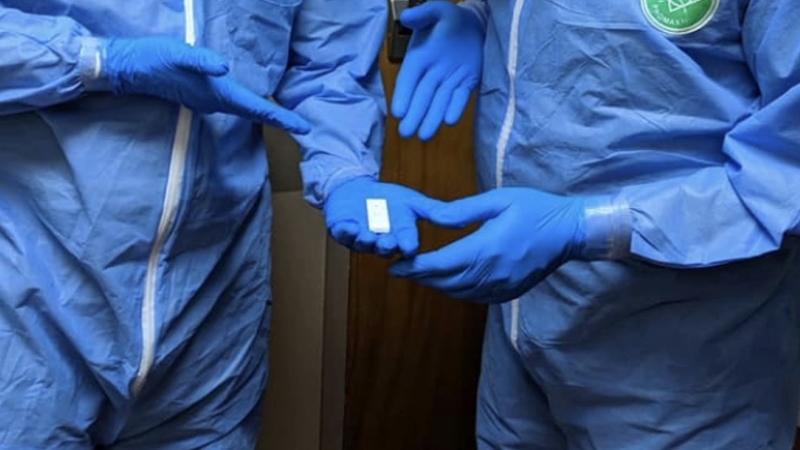 New COVID-19 test could give results in minutes

HOUSTON, Texas (KTRK) -- A possible alternative to the COVID-19 test is being trialed in Houston, which could reduce the waiting time for results from days to a few minutes.

Dr. Joseph Varon, chief medical officer at United Memorial Medical Center in Houston, says it's being tested at the hospital. In addition to the time saved, it uses a drop of blood drawn from a finger, rather than a nasal swab that leaves patients coughing, putting healthcare workers in risk of being contaminated.

"It's about as fast as a pregnancy test," he said of the method. "We got it from China, and we're comparing the results it gives against those of the standard tests."

Varon says the blood is mixed with a medium, and put on a small glass plate. "It tests for antibodies, which show you've been exposed to the virus. Our goal is to tell you in a very short period of time whether you have an active infection, or did you have an infection before that, that you didn't know about, and to some degree, you have an immunity to," he said.

The data he said he has gathered indicates that the virus may have been around before the pandemic spread to the U.S. "The minimum would be six to eight weeks, or we could be talking about months before this."

United Memorial Medical launched the first drive-thru testing site in Houston last week. Varon said several COVID-19 patients were admitted, including several men in their 40s with no underlying health issues. Among the treatments he said he employs "to help them turn the corner," is IV infusions of vitamin C, which is now being used in New York as its hospitals are inundated with COVID-19 patients.

Friday evening, Abbott announced it received FDA approval for a test that takes only minutes to show whether the patient is positive or negative for the virus.