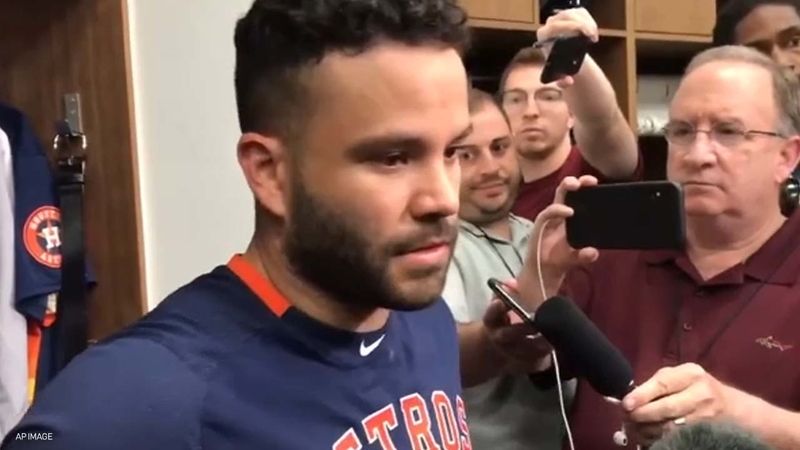 HOUSTON, Texas (KTRK) -- Jose Altuve is speaking out after fellow Astros player Carlos Correa supported him for not partaking in the trash can cheating scheme at the 2017 World Series.

"I like to talk about the team results," said Altuve at spring training on Monday. "I'm here taking full responsibility for the team. I appreciate what Carlos did...tells you what kind of person, kind of teammate he is."

Last week, National League MVP and Dodgers player Cody Bellinger said Altuve "stole" the American League MVP from Aaron Judge in 2017 after some of the Astros players apologized, accepting responsibility for their part and the team's part in the sign-stealing scandal.

Through the #Astros staff Jose Altuve has “no comment” on comments from Dodgers Cody Bellinger.

But Correa was vocal about who reportedly did not take part in the cheating.

Fellow Astros teammate Josh Reddick also confirms he did not take part in the scheme.

Josh Reddick confirms he did not use the trash can. Does it in a very respectful way to his teammates. Clearly appreciates the support from Carlos Correa. #Astros

Last month, Altuve and Alex Bregman talked to media at Astros FanFest, where most of the questions asked were about the scandal.