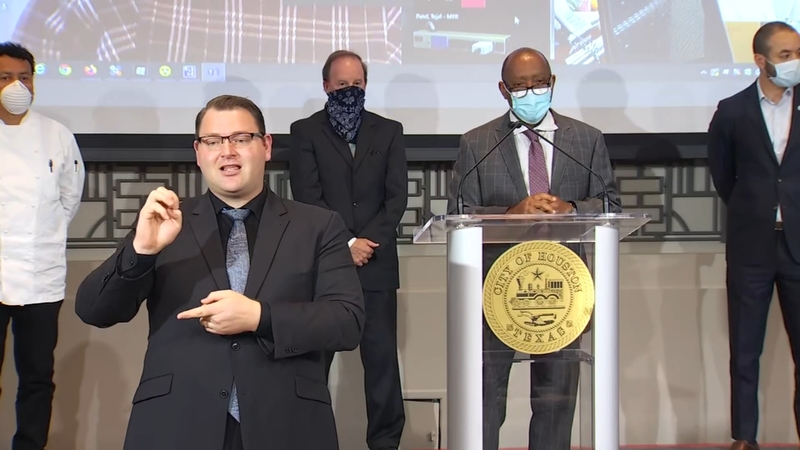 ExxonMobil is placing an order for thousands of meals from Houston restaurants for healthcare workers, police officers and firefighters working the night shift in response to the COVID-19 pandemic.

Every Thursday, Turner wants Houstonians to order take-out from a local restaurant and share the meal on social media using the hashtag #takeustoyourtable.

Turner said the new campaign is set to help restaurants who are struggling during the pandemic.

During his daily briefing on the city's coronavirus response, Turner also announced 125 new positive cases and three new deaths. He said those deaths included a Hispanic woman in her 80s, a black man in his 80s and a white man in his 60s. All patients had underlying health conditions, Turner said.

The total number of cases in the city of Houston jumped to 2,456 with 29 deaths.

Despite the new deaths, Turner assured, compared to other larger cities, the death toll remains low in Houston.

On Wednesday, Turner shared a new set of data that showed the city's number of positive cases per population and compared them to other larger cities.

Turner said Houston ranked sixth in positive COVID-19 cases for every 100,000 people in the city's population.

Turner also briefly spoke about the decision to open the city back up in the next few weeks. He said social distancing, wearing face masks and working remotely will probably be a part of our daily regimens for some time.

"We will enter into opening things up, not all at one time, but in phases," Turner said.

He added that more information about how the city will start to reopen businesses will come later this week.