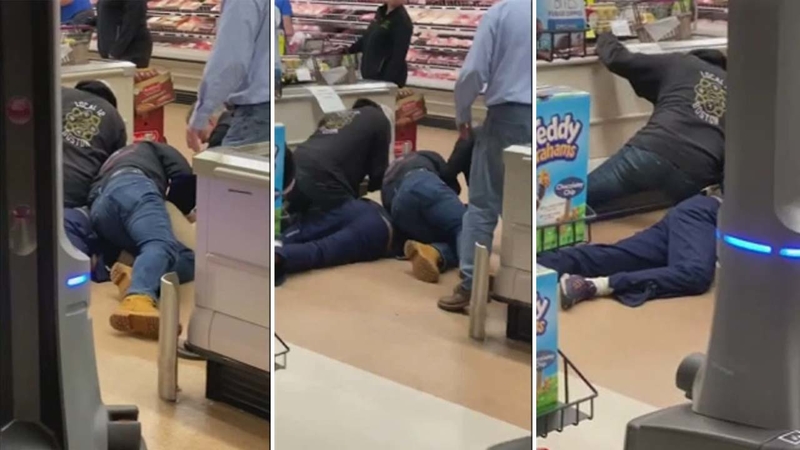 Man accused of spitting and coughing on produce

KINGSTON, Massachusetts -- A 65-year-old man is accused of going down the produce aisle of a grocery store and coughing and spitting on the food.

New video shows other shoppers holding him down after tackling him at a Stop and Shop in Kingston, Massachusetts.

When confronted by store staff and other shoppers, he allegedly became combative and argumentative.

"That somebody would even think to do that. It blows my mind right now especially with what's going on," one shopper told WBZ.

As a precaution, the store says it had to throw away almost its entire produce section. It also says it conducted a deep cleaning and sanitizing of all impacted areas.

The company told WBZ the board of health inspected the store and said it is safe for shoppers.

Police say there is no indication the suspect had COVID-19, but he was taken to the hospital for evaluation.

According to officials, charges against him could include assault and battery and destruction of property.