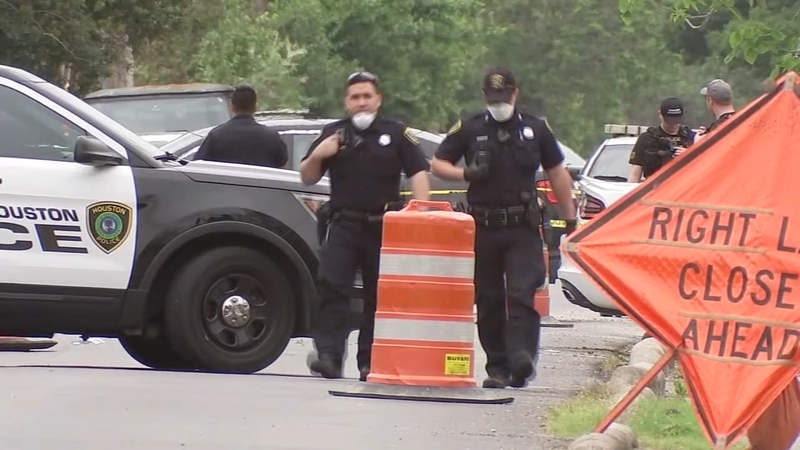 This sudden increase in positive cases, bringing Houston's total to 286, can be attributed to the increase in testing.

"I fully expect the numbers (of people tested) will continue to rise and that will help us address our situation in the city of Houston," said Turner.

As the number of positive cases in the Houston-area surpassed 800 Sunday morning, Mayor Sylvester Turner discussed the efforts the city is taking to combat the virus.

He also announced 21,200 face masks were being sent from Shanghai, China to combat the shortage of personal protective equipment in the city's hospitals.

Along with an increase in cases comes a rising number of first responders testing positive for the virus.

A total of 11 police officers have tested positive so far, one of whom is in his 40s and is currently hospitalized, said HPD Chief Art Acevedo

In another press conference Saturday, Turner said a second person had died from the novel coronavirus in Houston.

The details were released in a briefing held at Butler Stadium on Saturday, which has been serving as a coronavirus testing site for first responders and people who've had symptoms.

The site is expanding testing to screen people who aren't exhibiting symptoms.

The second death due to the outbreak was a woman in her 70s who died Friday night, according to Turner.

As the number of first responders who've tested positive increases, it won't be uncommon to see Houston officers wearing masks while on duty, according to assistant police chief Larry Satterwhite.

The first death in the city was a woman in her 60s who recently traveled, officials announced on Thursday.

According to the Houston Health Department, the woman had several underlying health conditions. She died at a hospital on Tuesday, March 24.

On Thursday, the city received confirmation that her death was a COVID-19 case.

"It's unfortunate that our city has lost one of its residents because of the spread of this virus," said Dr. David Persse, local health authority for the Houston Health Department" "The City of Houston and the health department extend their deepest condolences to the patient's family and friends."

In addition, the department began investigating potential contacts exposed to the virus.

Shami's company recently also made a donation to the city of Tomball, according to a statement from the company.

"It is our responsibility as Americans, business professionals and human beings to do everything we can to help with supplying America with vital products, equipment and supplies necessary to help fight this virus," Shami said.