HOUSTON, Texas (KTRK) -- Comicpalooza is all about the comics, but the costumes are one of the best parts about going.

In the heart of Montrose, in his garage, Rudy Campos is not only living out his dream, but he's making other people's fantasies come to life.

"About 13 years ago, I went to school for special effects and makeup," Campos said.

Campos said his favorite thing about the makeup and body painting is the transformation.
For the last several months, he's been busy transforming comic book fans into their favorite characters for one of the country's biggest comic book conventions: Comicpalooza at the GRB this weekend.

"I've been getting a lot of requests for Gamora from 'Guardians of the Galaxy,'" Campos said.

His creations are so detailed, it goes beyond just makeup.

Many times, he creates castings, prosthetics, head pieces and clothing for clients, which can take months to make it all come together and it gets pricey. Some costumes cost thousands of dollars.

"You get to see those creations interact with other people, or people who have never seen anything like this before," Campos said.

A local makeup artist shows us how he transforms people into their favorite characters.

We also caught up with Houston's hottest cosplay stars and biggest nerd.

From Justice League's Harley Quinn to a space punk and anime character Ruru, Masha Models doesn't just dress up like characters, she becomes them.

"I tried to kind of go along with the character as much as I can," she said.

In just days, Houston's biggest nerd will reveal her latest transformation at this year's Comicpalooza in Houston.

She's going as Elsh Norn, a legendary creature in Magic: The Gathering, a card and online game.

"A lot of work goes into it, you really have to know what you're doing," Models said.

Her costume features a number of custom-made items that include a giant headpiece that covers her eyes, a prosthetic chest molded to fit perfectly and an incredible body makeup session by Campos that takes hours to complete.

"It's a pretty extensive thing. We've been working on this since about January," Models said.

Just recently, Models said she gave up her desk job in Human Resources to do what she's always dreamed of - being a cosplay and print model.

"You love these characters so much, and it's just great being around other people that really appreciate them and are interested in the same sorts of things you are," she said. 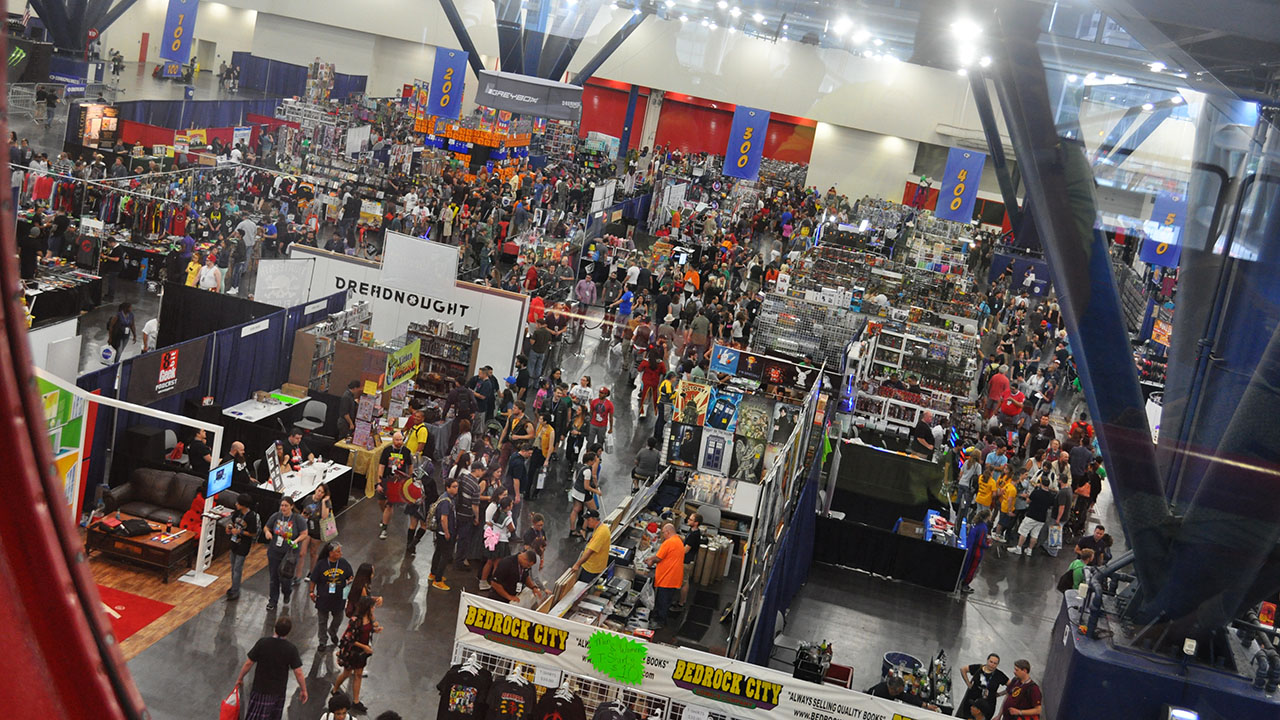 PHOTOS: Comicpalooza 2016
Comic fans from across the country gathered at Comicpalooza in Houston this weekend to celebrate everything pop culture.

Comicpalooza invades the GRB May 12-14.

The big headliner this year is Chuck Norris.