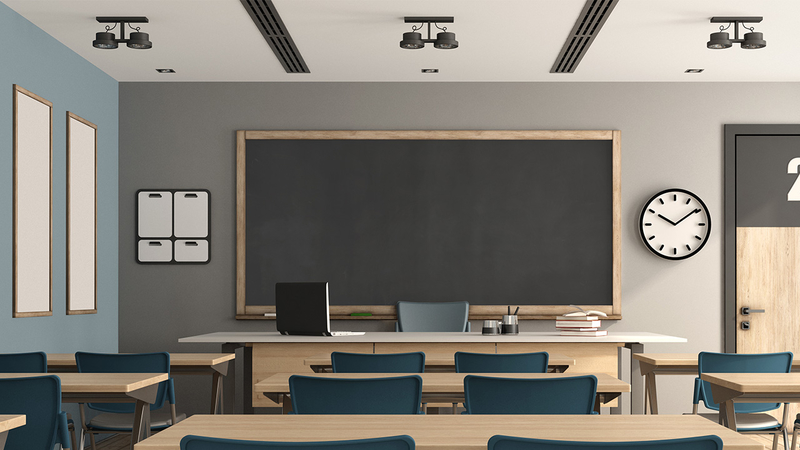 On the first day of her vacation in late June, Melanie Bentley lost her job as an administrative assistant, one of several employees let go from the Tomás Rivera Center at the University of Texas at San Antonio.

Her belongings would be packed up, she was told by an administrator on the phone, and her email access terminated before the day was over.

"We had no indication whatsoever that the wrath was coming," Bentley said. "We were cut off immediately."

Texas universities are headed for a financial cliff, and it's anybody's guess how far they will fall. Most are already reeling after losing millions of dollars in revenue and eating the costs of shutting down campuses and moving classes online in the spring. Faced with what experts have deemed an unprecedented budgetary crisis, they're tightening their belts and enforcing hiring freezes, furloughs and layoffs. Struggling departments and programs may be eliminated, and some sports are on the chopping block.

As of June, the state's two largest university systems were already dealing with steep losses. The Texas A&M System reported $147 million in lost revenue and pandemic-related expenses, and the University of Texas System estimated its losses at $131 million.

And with economic fallout from the coronavirus pandemic blowing an $11.5 billion hole in the state budget, Gov. Greg Abbott in May asked most state agencies, including higher education institutions, for plans to cut costs by 5% for the current biennium. For the UT System's eight academic institutions, that translates to around $77 million in cuts, according to college presidents. The Texas A&M System will need to find around $64 million in savings across its 11 campuses, according to a spokesperson.

A&M System Chancellor John Sharp and UT System Chancellor James B. Milliken responded to Abbott's directive with pleas to lessen the blow. Regional institutions in the A&M System are already dealing with disproportionate losses stemming from the pandemic, Sharp said in a preface to A&M's proposed reductions.

"We are facing an ongoing and growing set of unbudgeted costs as we prepare to provide the safest learning environment for our students and faculty this fall," Sharp wrote. "At the same time ... we urge you to consider any relief possible for the general academic institutions who are responsible for producing the workforce needed to provide long term economic resiliency and strength for Texas."

The Legislative Budget Board, which is handling reduction proposals, has targeted a $28 million budget cut for UT-Austin alone. UT-Austin won't release layoff totals but has furloughed more than 260 employees, spokesperson J.B. Bird said in an email, though many furloughed staff members have since returned to work. UT-Austin is also considering scaling down academic and administrative departments and has frozen salary increases and university-sponsored travel.

While Texas A&M's College Station flagship has had no layoffs yet, President Michael Young said shearing 5% off the school's budget would include cutting 72 faculty positions, which would in turn slash $7 million in research funding. Another 114 staff positions are at stake, most of which are directly tied to student support. Other A&M System presidents expressed similar fears with their student retention and graduation rates if they cut academic and professional services.

"It's a huge amount of money," said Terry Hartle, the senior vice president at the American Council on Education. "It represents an unprecedented budgetary swing in the financial fortunes of both institutions."

But universities also count on tuition and fees, as well as revenue from outside services. When campuses shut down in the spring, institutions lost money from campus bookstores, conference centers and hotels. Schools have also estimated millions of dollars in losses just from refunding dining and housing credits to students who were barred from campus.

In the spring, federal funding poured in. Texas' postsecondary institutions received around $1 billion of the nearly $14 billion in federal funding designated for higher education nationwide, according to a May tally by the office of U.S. Sen. John Cornyn.

More than a quarter of that money went to the A&M and UT systems. Texas A&M's flagship received nearly $40 million, while UT-Austin received $31 million. But half of each share was earmarked for emergency cash grants for students, leaving institutions less to recoup their own losses.

"Whether college budget officials choose to lay off people or not - these are not easy decisions to make," said Denisa Gándara, a higher education professor at Southern Methodist University. "Those dollars translate to people's livelihoods; you can't think of funding cuts in the abstract."

On July 1, UT-San Antonio announced a sweeping round of layoffs. In total, the school laid off 243 employees, cut 12 vacant faculty positions and informed 69 non-tenured faculty members they would not be returning in the fall. A spokesperson for the school said it has tightened its budget by "reorganizing" certain departments like the Tomás Rivera Center, where Bentley worked. The school is anticipating a $9.6 million budget reduction.

Private universities, heavily dependent on tuition, face hurdles of their own as enrollments decline this fall. Without cash on hand, they might not be able to weather the impending cash crunch, Gándara said.

In a dramatic example, St. Edward's University in Austin slashed 10% of its staff in May, including some faculty members. It dissolved five of its sports teams and reduced housing capacity and staff to prepare for an estimated 12% reduction in enrollment this fall.

St. Edward's also revamped its library - getting rid of physical books and consolidating a number of support services - and eliminated academic programs it said had declining enrollment even before the pandemic.

Kerry McGillicuddy, a rising senior at St. Edward's studying education, said she was shocked to learn from a tweet that her academic program was discontinued. She will finish out her degree with the help of a skeleton faculty but said many of the close relationships she'd developed with professors - something she went to St. Edward's for - seemed to vanish overnight.

"I'm anxious about going back to school now. These professors were like my mentors and my advocates, " McGillicuddy said. "It's like they threw us out on a limb and were like, "OK, figure it out yourself.'"

While short-term budget cuts are expected, experts are more worried about what universities face in the long term. Gándara said she looks to the nationwide economic recession that began in 2008 as an example of how downturns in the economy hurt higher education.

An unwelcome side effect could be college affordability. Texas students have been questioning why they're still being expected to pay full tuition for online classes, while college officials have defended their choices to keep tuition the same.

State budget cuts are not expected to affect student grant recipients, according to the Texas Higher Education Coordinating Board, which handles the state-administered TEXAS Grants. Financial aid is listed as high priority, meaning it will be the last area to feel the squeeze.

Abbott also recently announced that $118 million would be reallocated from the state's federal stimulus cash-out to ensure future scholarship recipients will not be affected.

But officials are still confronting a decline in state support and could decide to make up for lost funding with tuition hikes in the future, Gándara said.

"Most other revenue hits are short-lived - endowment value, smaller gifts from donors because people have less discretionary income," Gándara said. "But when you look at government support for higher education, I'm not as convinced we will be able to recover from this when we still haven't recovered from the last recession."