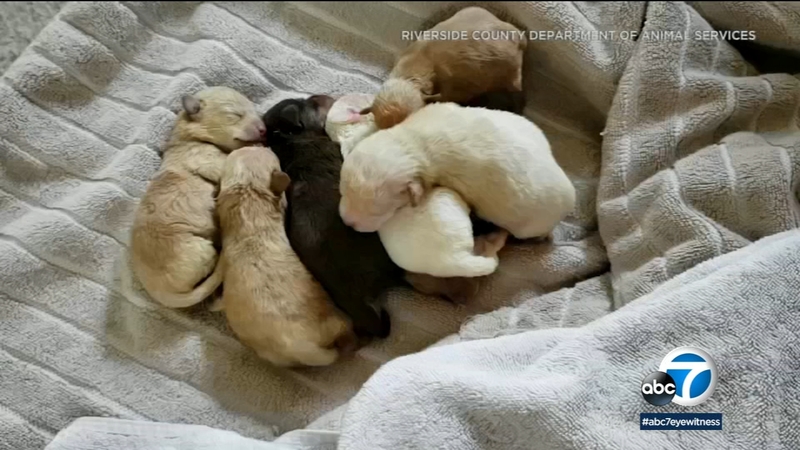 COACHELLA, Calif. -- A Coachella woman accused of dumping seven puppies in a trash bin is back in custody after her bail was increased from $10,000 to $50,000.

Deborah Sue Culwell's attorney made a statement that drew gasps in the courtroom Thursday. In an attempt to stop the bail amount from being raised, Joseph Cavanaugh argued that "puppies aren't people."

Deborah Sue Culwell, 54, has pleaded not guilty to multiple felony counts of animal cruelty. She also has a lengthy criminal history with convictions ranging from check fraud to drug possession.

Police say Culwell left the 3-day-old puppies, believed to be terrier mixes, in a trash bin on April 18.

A Coachella woman accused of tossing seven puppies into a dumpster pleaded not guilty to multiple felony counts of animal cruelty.

Surveillance video allegedly links her to the crime. It shows a woman stepping out of a white Jeep, peering into a dumpster used for recyclables, then dropping the bag filled with the puppies into a pile of trash behind Napa Auto Parts in Coachella before driving away.

Images show filthy conditions inside the home of Deborah Sue Culwell, who is accused of dumping seven newborn puppies into a dumpster.