Houston faithful prepared to act against violence this Christmas 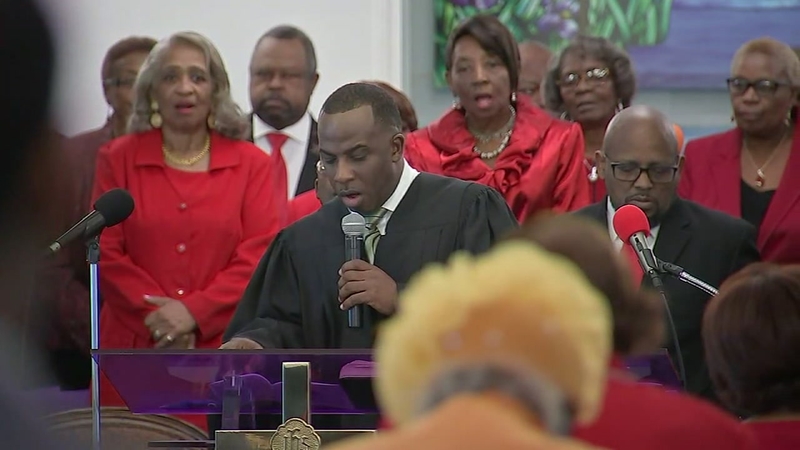 HOUSTON, Texas (KTRK) -- In the wake of the massacre at Sutherland Springs Baptist Church last month, a lot of attention has been focused on security at places of worship.

Within a day of the mass shooting in central Texas, Harris County Precinct 1 Constable Alan Rosen reached out to Houston-area churches to improve emergency responses in the event of an armed intruder. More than 200 pastors and religious leaders responded.

From that has grown what Rosen calls a security ministry.

That also includes identifying members of the congregation who are permitted to carry firearms, and training them on what to do in the event of an active shooter.

"We never want that situation to happen, but should it, I believe it's always better to be prepare," Rosen said.

Other recommendations were made as well, including a kind of panic room inside church buildings where people could take shelter until law enforcement arrives.

"We also told pastors to think of a code word to warn people in the audience of trouble," he said.

Small churches that can't afford to hire off-duty law enforcement were among those that went through security training sponsored by the Constable's office. Among them was Yale Street Baptist Church in north Houston.

Pastor Leon Preston II leads a congregation of about 400 members.

"No, not me," Preston replied, when asked if he would be carrying a gun during services. But he said others will.

"I have about 10 [congregants] that are ready to be trained even more in security ministry, and of course, there's an awareness among the entire congregation," Preston said.

The Texas Attorney General this week stated that unless a place of worship displays a sign informing people that firearms are prohibited on church property, guns can be brought inside by properly-permitted gun owners. Yale Street Baptist has no sign banning permitted firearms.

"Our prayer is always for peace," said the pastor. "Prayers of peace for our city, state, country and the world. Our prayers are that if anyone has a mindset of doing such an evil thing, is that they would change their mind because we want all of our people to be safe."