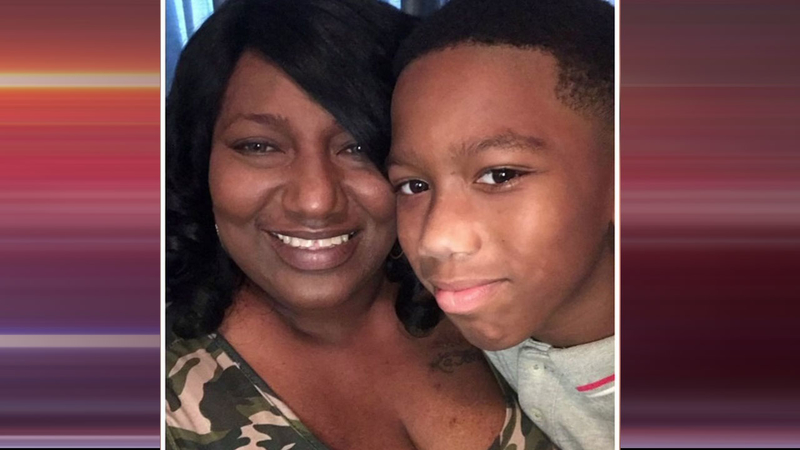 Palm Sunday was a painful day for a Houston mother who lost her 12-year-old son in a car crash on Highway 249.

Just three days ago, Harrison's only son JoAnthony, known as Jojo to friends, was killed in a tragic car accident near Willowbrook Mall.

"I want them to know, hug your children, every moment you think about it, hug them, because you never know when their life is taken," Harrison told ABC13 Eyewitness News.

Jojo and his adopted sister were in the family car on their way home Thursday night. Investigators say that's when it stalled on the highway. Jojo's sister attempted to move it to a safe area, but that's when another car slammed into them.

A day after the crash, Jojo died of his injuries, the driver of the other car has not yet been charged as the investigation is ongoing.

"Sometimes there's just no words to express for them such a loss that we experienced," said Pastor David Allen. "So, we provide a spiritual covering, support, and just regular comfort for those in bereavement."

As tears rolled down her face, Harrison said she will always have memories of a sweet 12-year-old boy who loved his family.

"He liked playing the games," she said. "His dream was to become a basketball star, and put me in a mansion with him because he said I was never leaving him."