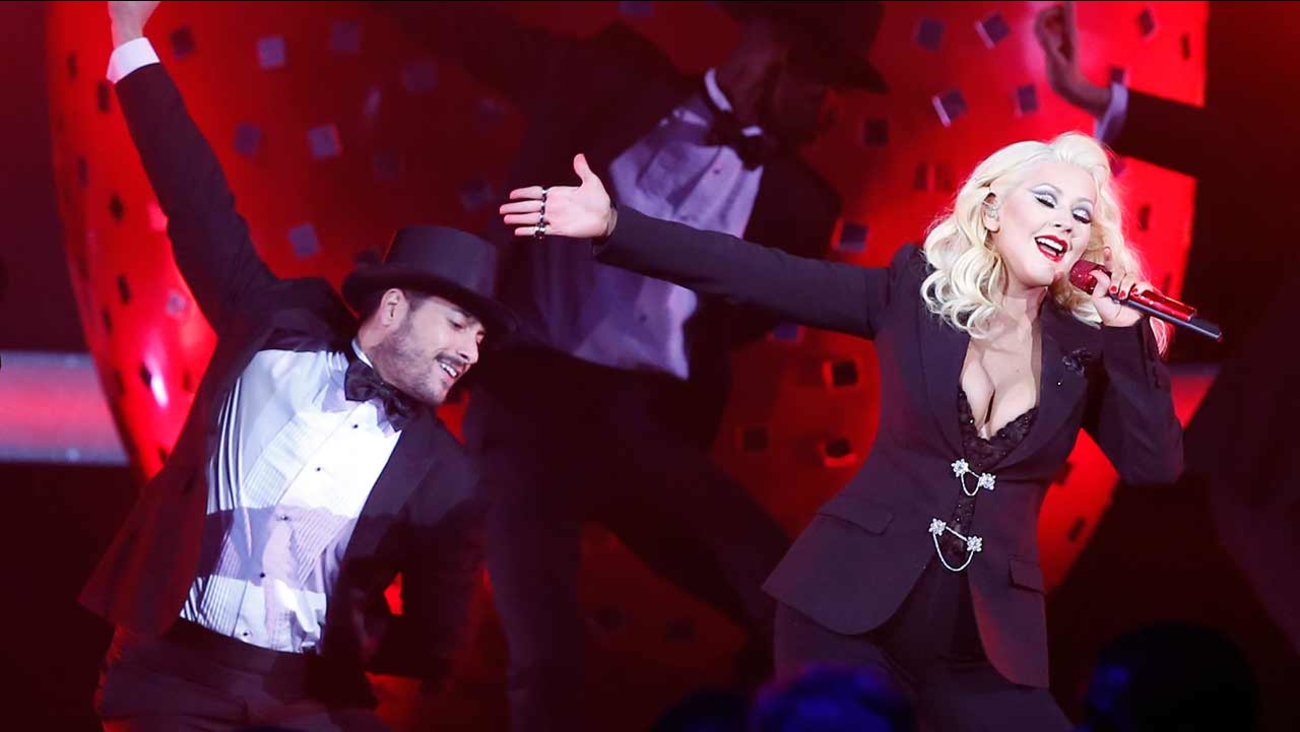 NEW YORK -- Christina Aguilera was in a New York state of mind.

The Rockettes backed Aguilera, who rocked all-black and danced with a crane as a prop. Rapper Nas, who is from Queens, came out to perform his own New York anthem, "N.Y. State of Mind."