Mack & Payson, 3-year-old friends who battled cancer together, reunite for the 1st time 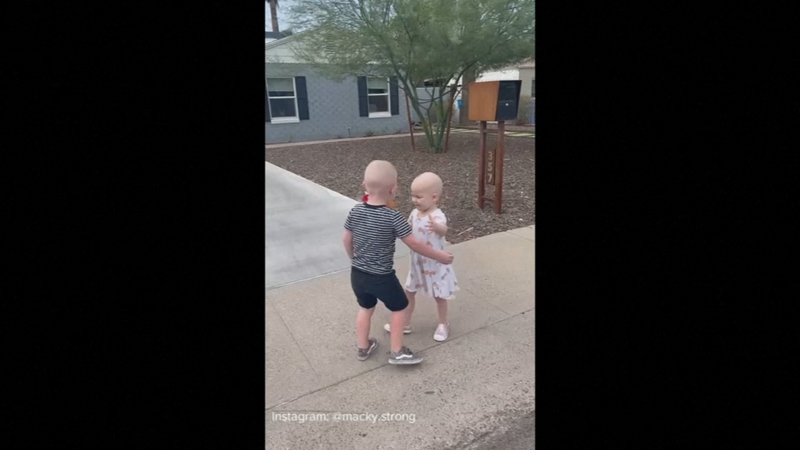 Preschool friends who battled cancer together reunite for the 1st time

PHOENIX -- Payson Altice and Mack Porter met at Phoenix Children's Hospital while they were both fighting cancer in 2021.

After weeks apart, both are in remission and out of the hospital, so on July 21, the 3-year-olds reunited.

During the reunion, Mack gave Payson flowers and the two friends hugged and danced.

Payson, Mack and their families, told "World News Tonight" that the moment was unforgettable.

"That was a blessing to just watch our children be children," said Mack's mother, Danielle Porter.

Payson's mother, Tracey Altice, said that Mack and Payson set an example for how to get through tough situations.

"During these scary and hard times," she said. "No matter what, just look to the children because they'll lead the way."