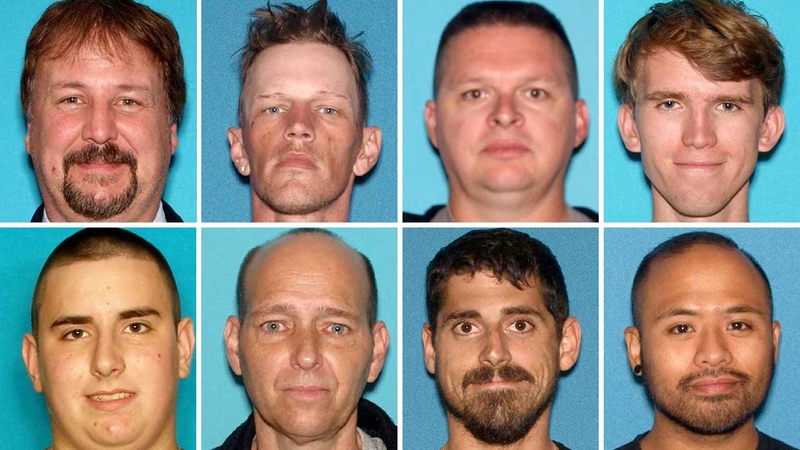 TOMS RIVER, New Jersey -- Authorities on Tuesday announced the arrests of two dozen men nabbed in a child predator sting in New Jersey, and the suspects include a nurse, a firefighter and a police sergeant.

"When they showed up at our undercover house seeking to meet their intended victims for sex, they were arrested," said Grewal. "The defendants are now charged with serious crimes and are either behind bars or subject to very stringent pre-trial monitoring."

Howell Township police sergeant Richard Conte is among those facing charges, after he allegedly tried to meet someone he thought was a 15-year-old girl. The 47-year-old Conte reportedly claimed he was 19 in online chats, and police say he had condoms in his pocket when he was arrested.

"Conte claimed during his chats that he was a 19-year-old male, believing that he was chatting with a 15-year-old girl. He allegedly said that he had had sex with underage girls, and wanted to meet the girl to 'get naked.' He had condoms in his pocket when he was arrested," Grewal said.

--Anthony Perfidio, 24, of Barnegat, a data entry clerk
--Brian Degnan, 33, of Toms River, a data entry clerk
--Nabindranauth Nandalall, 24, of the Bronx, unemployed
--William Davis, 23, Bayville, a consultant
--Charles Schlottfeld, 26, of Bayville, a mechanic
--Douglass Walton, 54, of Hillsborough, in produce
Authorities say most of the defendants were arrested when they arrived at a house in Toms River, where they allegedly expected to find their victim home alone. Instead, they found dozens of law enforcement officers prepared to arrest them and process any evidence seized.

"It is a frightening reality that sexual predators are lurking on social media, ready to strike if they find a child who is vulnerable," Grewal said. "To counter that threat, we are working collaboratively and aggressively across all levels of law enforcement to apprehend these sex offenders. We want child predators to know that we are on social media too - and the child they target may be the undercover officer who puts them in handcuffs. That is the message of Operation Open House."

The arrests were made over a five-day period from September 5 through September 9. Authorities say Nandalall traveled to the undercover house all the way from the Bronx, where he resides.