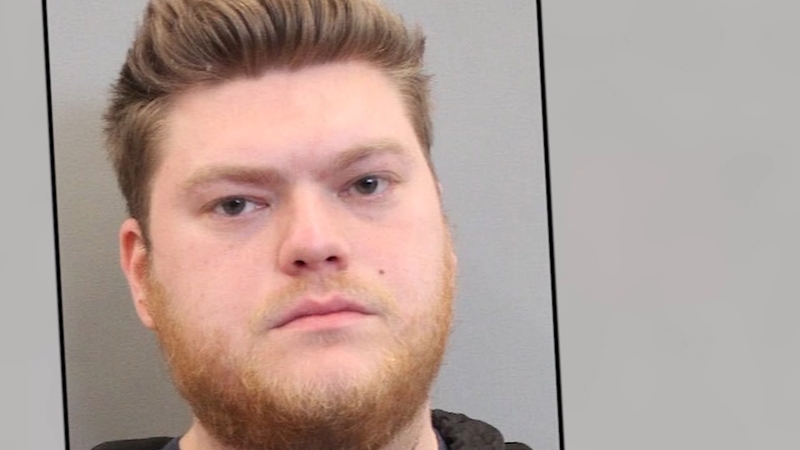 Prosecutor Johna Stallings told ABC13 officials at West Lake Middle School, where Hardy-Croskey works, contacted Houston police after his first charges were made public. She has filed motions to revoke and increase his bonds.

"Because I do believe this person is a danger to the community and his bond should accurately reflect the level of predatory activity that we believe he is engaging in," said Stallings, who is the Adult Sex Crimes and Trafficking Division Chief at the Harris County District Attorney's Office.

With the new charges come new details about how Houston police believe the teacher targeted students. According to court records, the father of a 14-year-old found sexual text messages on his child's phone in February.

They were first from a person named "Sarah" and then from "Ty," supposedly "Sarah's" brother, who asked for both naked pictures and to perform sexual acts with him.

The messages dated back to December and became more and more explicit.

"There is a moment when there is an introduction of inappropriate material, whether in language or questions or pictures. That is a pathway," said Mankarious. "Eventually, what you find is a child who is not capable of realizing what is going on, and really has been taken advantage of from the get-go. They've been targeted. They've been preyed upon and finds himself talking to someone they trust."

It is not clear whether the student knew he was allegedly communicating with Hardy-Croskey, but court records show the teen's father figured it out. Since his arrest last week, multiple students have come forward reporting strange text messages also from a "Sarah," court records said.

Hardy-Croskey has worked at West Lake since 2019.

Hardy-Croskey's attorney declined to comment on Friday. Stallings encourages other possible victims in this case to contact the Houston Police Department.