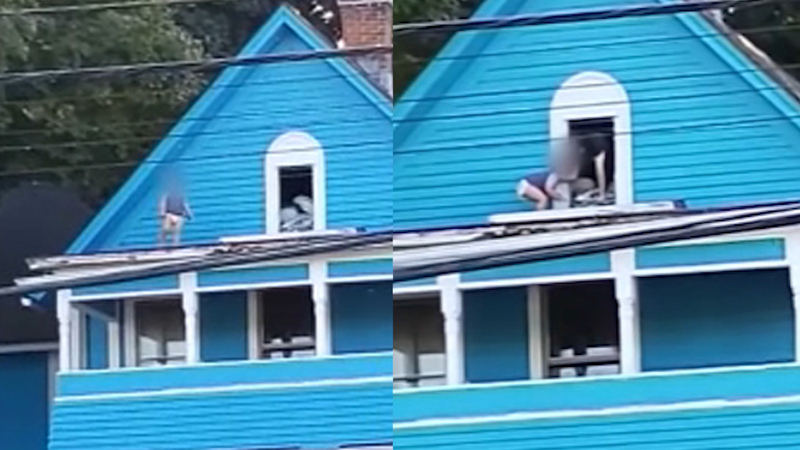 ANSONIA, Connecticut (KTRK) -- A man and a woman were arrested Wednesday after a toddler was spotted walking on a roof 30 feet in the air.

A woman driving down the street came across a terrifying scene when she spotted the 2-year-old walking back and forth on a roof.

One officer talked to the toddler from below, while two other officers forced their way into the home after no one answered the door.

"David Hustek (the child's father) was actually still sleeping when the officers made entry. When they told him they were trying to get the child off the roof, he actually leaned out the window and pulled the child back into the house," Lynch said.

Neighbors were shocked by the incident.

"I tell every parent, please, please take care of the babies," one neighbor said.

Hustek, 23, and his sister-in-law Sarah Baker were both arrested and charged with risk of injury and first degree reckless endangerment. Both are being held on a $10,000 bond.

The state's Department of Children and Families and the Housing Department were contacted to further the investigation.

"Completely unsanitary. There's no gas running into the house and the house was strewn of garbage, so we contacted the housing department and they came out and condemned the house," Lynch said.

Officers say they're feeling a sense of relief, but they want this to be a warning for parents everywhere.