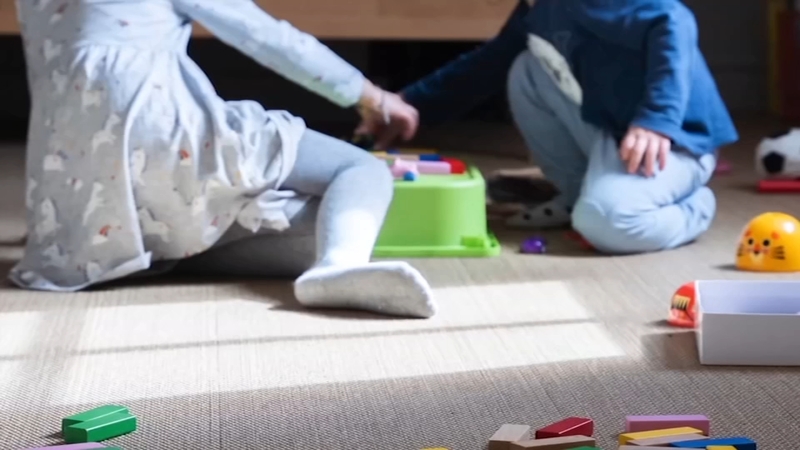 Summer day care prices spike due to the pandemic

HOUSTON, Texas (KTRK) -- Day cares have taken a serious hit during the pandemic, and even as we turn back to a somewhat normal summer, parents may be paying more for child care.

The Houston mom of three says she started working part-time during the pandemic. It was a big pay cut for her family just as her children's day care tuition spiked per month.

She says day care is much more than what her family's salaries meet right now.

According to a report by the Center for American Progress, the cost for licensed child care centers increased an average of 47%.

In-home family child care increased by an average of 70%, the report found.

"Only a small percentage of low income kids are ready for kindergarten, and that's a direct result of our policies and practices as a society," said Huffington Fellow in Child Health Policy at Rice University's Baker Institute of Public Health, Dr. Quianta Moore.

Moore says day care has always been lacking in our country, but the pandemic put it under a spotlight.

The study found that among 192 kids, 49 tested positive with significantly higher levels of the virus than adults who were hospitalized in ICUs.

In the last week of March 2020, about 33% of quality licensed day cares in Harris County were forced to close, Moore said. Only 14% to 15% of Harris County day cares are considered 'good quality' by Texas standards.

For a day care to rate well, it takes money. Moore says those that can't afford it just chose to opt out.

She says no oversight means low income kids are not getting the care and preparation they need.

Moore is hoping Texas will adopt a plan similar to one economists and parents drew up in St. Paul Minnesota, that the state eventually adopted, giving low income families scholarships for day care.

ABC13 called over 12 day cares in Houston and surrounding areas, and only two had openings for the summer. Most had waiting lists that were anywhere from three months to six months out. It's not just a financial issue at the moment, but also an accessibility issue.

Day cares are able to apply for grant money through the American Rescue Plan Act in which President Biden promised at least $50 billion to help families, children and the child care sector, which has already lost one in six jobs during the pandemic.

SEE ALSO: How the pandemic is strengthening fathers' relationships with their kids
EMBED More News Videos

A study out of UT found more and more couples are sharing child care duties, with more fathers opting to be stay-at-home dads.