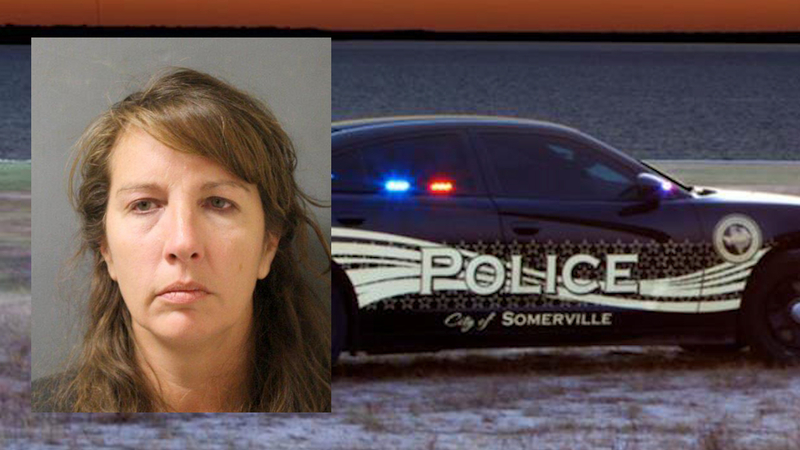 Somerville votes not to hire former deputy charged with murder

SOMERVILLE, Texas (KTRK) -- The Somerville city council voted against offering a job to a former Harris County Sheriff's Office deputy who had once been charged with murder and then the Mayor asked the police chief to resign.

Tuesday night, as dozens of people chanted outside, all four city council members present "disapproved" of the measure to offer Chauna Sheffield, formerly Chauna Thompson, a job. She was indicted for murder in the death of John Hernandez in 2017 and fired. Charges were dropped last year.


"We will continue to go anywhere and everywhere because we don't think anyone is safe as long as she is protected the badge," said Melissa Hernandez, John Hernandez's cousin.

"For them to bring this bad apple into our community in secret but then to bring her back for a second round, it's too much," said Bradford. "I demanded very specifically their resignation by tomorrow morning. Should they not tender their resignations, I will call a special meeting at 6:15 next Tuesday at this building to have the city council vote."

Sheffield was indicted for murder in the death of Hernandez, who was choked to death outside of a Denny's restaurant in 2017.

Terry Thompson, Sheffield's husband at the time, was seen on video holding down Hernandez in a choke hold.

Terry Thompson was found guilty of murder and sentenced to prison, but the murder charges were dropped against Sheffield, who had been charged because she failed to intervene.

Sheffield was hired by the Sommerville Police Department, but then later let go.


Police Chief Craig Wise said the item on the council agenda was whether or not to give him permission to offer her a job.

Wise said he has been looking for a candidate for six months but can't find anyone to take the job for $15 an hour. The chief said he told council they could raise pay to bring in more candidates.

Wise said he has subsequently gone to the city manager and ask that the agenda item be removed.

After the meeting, he did not answer ABC13's questions about her hiring or the call for his resignation.

"I'm not going to be a part of your circus. No comment," Wise said.

Family members of Hernandez and Somerville residents stood outside the meeting in protest. Attendance was limited to 8 people due to COVID-19 concerns. Sheffield was not present.


"We do not believe we would be safe in our town," said Ann Marie Uresti, a resident.
Somerville Mayor Micheal Bradford posted on Facebook that there was a rally outside the city council meeting to oppose the hiring of Sheffield.

"Now seriously folks... do we really want an officer who was involved with a murder patrolling our streets with a gun & badge?" he wrote in a post.

Eyewitness News reached out to Sheffield for comment. Her attorney told us she has no comment about potentially re-joining the force in Somerville. He said she is appealing her termination from the Harris County Sheriff's Office. Her attorney said she is currently a licensed peace officer in the state of Texas.

Melissa Hernandez, a relative of John Hernandez, said her family opposed Sheffield's hiring. They do not want to see her return to any force.

"You know what you did, Chauna. You know the hurt you caused my whole family. I don't understand how you can continue to want to be an officer after you know you did not do your job that night," said Hernandez. "Please. Please. Please. Do not let her be a cop there. We do not think you will be safe."
Report a correction or typo
Related topics:
houstonmurderchoking
Copyright © 2022 KTRK-TV. All Rights Reserved.
TOP STORIES
Body of K-9 stabbing suspect's dad believed found in Memorial home
Drying out, but staying cool this week
$50K reward offered for tips in 2019 Tomball garage sale murder
Mom shares story of son's 'scary' battle with COVID complications
Sarah Palin allegedly flouted COVID rules by dining indoors
Klein HS becomes first Space Force JROTC in Texas
H-E-B's Scott McClelland retirement and what's next
Show More
3-year-old injured in deadly chase with deputy on life support
Cause of death revealed for 23-year-old woman found dead after date
Sergeant was to walk daughter down aisle until his hit-and-run death
Omicron-specific COVID-19 vaccine starts clinical trials
COVID-19 vaccines do not affect fertility, study finds
More TOP STORIES News