Fight over location of new multi-service center in Sunnyside 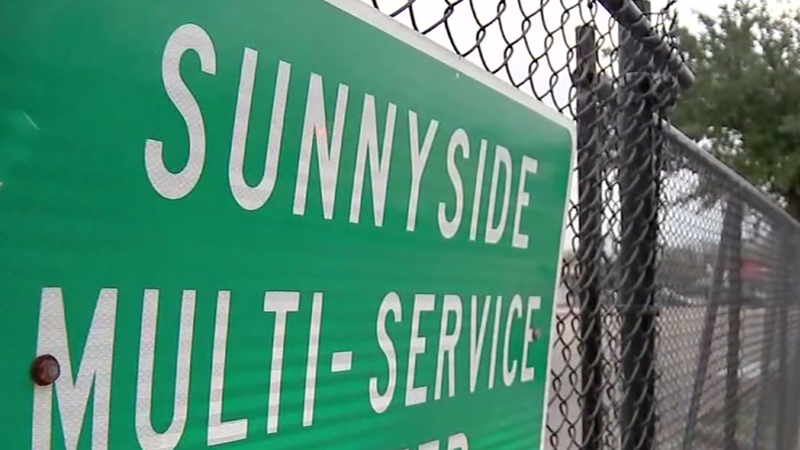 Fight over location of new multi-service center in Sunnyside

HOUSTON, TX (KTRK) -- A group of residents in Sunnyside are fighting to stop the community's multi-service center from being moved.

"The average person that be in the center is 70-plus years old. So why ask them to pick up? This is the perfect location," said Travis McGee.

The proposed new location is at Sunnyside Park -- a property that sits next to the old Sunnyside landfill.

"Would you buy a brand new house near a landfill? The answer is probably gonna be no," said Tahir Charles. "So why would you let them take the staple of the center right here and move it by a landfill?"

The landfill operated from 1937 until 1970. Even after that, it was used to dump soil and demolition debris until 1977.

Both Charles and McGee are part of a group that says the city needs to pump the brakes on the plan to move the center.

They worry that something may still be hanging around in the soil that could cause serious health issues to the seniors.

Charles questions how safe the site is.

According to Mayor Sylvester Turner, the site is 'very safe.' He spoke at the City Council meeting on December 6.

"There's been an environmental site assessment done indicating that the area is safe," Mayor Turner explained. "But I'm more than prepared to do it again and include the community in knowing who it'll be and when it'll be done."

"Once we get to first base, if the community, not three or four people, don't want it moved, understand the only choice we have is to let the fall in. The building is in bad shape," Boykins said.

"Just because they say it's safe, it doesn't mean it's recommended," rebutted Charles.