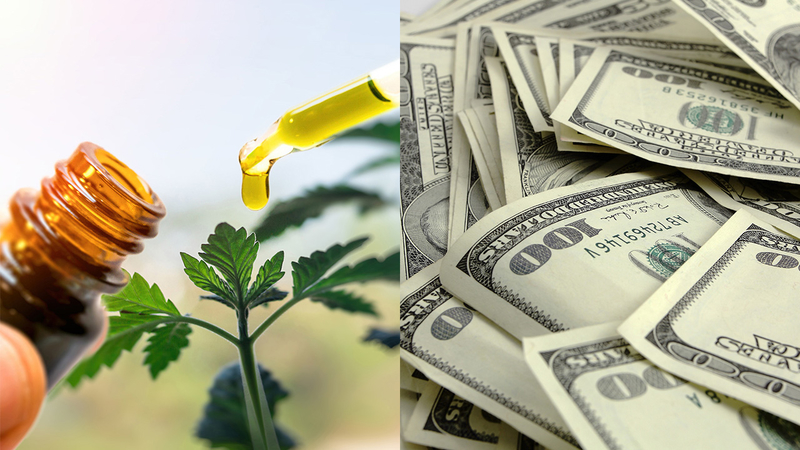 HOUSTON, Texas (KTRK) -- You can spot the signs in almost any neighborhood. CBD has turned into a booming business over the past few months, with entrepreneurs pitching the product for every member of the family, even the pets.

Amanda Field owns Republic Aerial Yoga on Houston Avenue in downtown. Her clients visit her studio for their health, to educate themselves, and to lessen their aches and pains.

"I've had people tell me that they've come to two classes and their back pain is gone," Field said.

But for Field, it's not just about yoga. Many of her clients combine the exercise with cannabidiol, a hemp-based product better known as CBD.

"It partners so well with yoga," explained Field.

Krystal Burns is one of those clients. She said she injured her back in an accident and had surgery. She said she was in constant pain and said doctors wanted to prescribe her opioids. Burns refused, and after learning about CBD from Field, she says she's now a believer.

"I wouldn't be able to function without it," said Burns. "It easily relaxes my muscles, it helps me sleep. I don't have to worry about addiction."

Jim Bagley is another believer. He owns Linear Salon in the Heights. He says he and and his wife use CBD and sell it in their shop.

CBD use was in a legal, gray area in Texas until House Bill 1325, which Gov. Greg Abbott signed into law in June.

The bill changed the legal definition of marijuana and hemp production in Texas. As a result, CBD as a business is booming.

The product, however, cannot have .3 percent of THC, the chemical that makes you high.

This past summer, four local district attorneys announced they would not file criminal cases involving marijuana or cannabis unless testing proved the THC concentration was higher than .3 percent.

Dorral Marsenburg sells his Booman cannabis in a smokable form and says the industry is in its infancy in Texas.

"In a typical week, I'll go through a half a pound selling grams," explained Marsenburg. "I say two years from now, it'll be a multi-billion dollar operation. I honestly believe that because it's 100 percent legal, and besides the THC, it's healthy for you also."

The FDA is still examining the actual health benefits and ways to regulate the content of cannabis products. In May, it held its first ever CBD hearings and states it is committed to sound, science-based policy.

READ MORE: CBD Oil: What you need to know