Woman robbed and violently dragged for $400 in Arcola 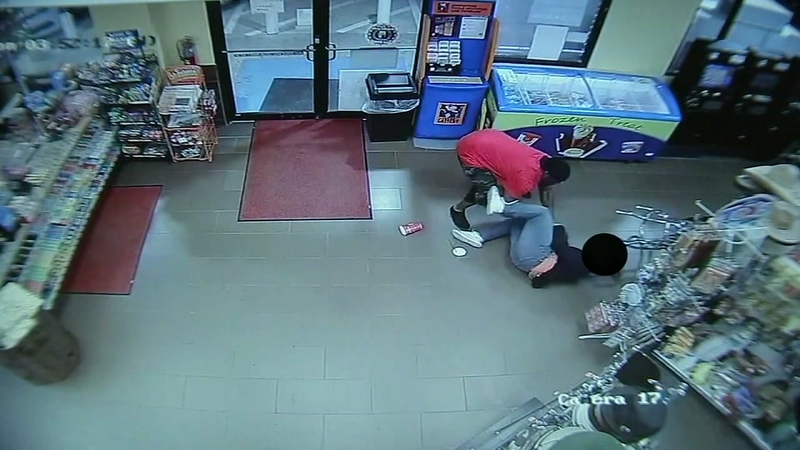 ARCOLA, Texas (KTRK) -- It is shocking to see the lengths one man went to trying to steal a woman's purse.

Arcola police want you to see the video so they can make an arrest.

The video shows the suspect try to rip the woman's purse from her arms. She doesn't let go, even after being thrown to the floor.

Police say the man grabbed $400 from the woman's bag and ran. But the altercation didn't end there.

You see the woman follow the suspect into the parking lot and ty to open the man's car door. She pounds her fists on the car as he drives away.

"To live in a society where I don't know if somebody is going to attack me or grab my things, it is a very scary situation. My heart goes out to her, but he definitely should be prosecuted for that," said Arcola resident Atia Willis.

Women who live in Arcola are stunned by the violence and worry what could happen if the suspect tries again.

"She is brave. If it was me I would let my purse go. Because you never know, somebody who could go that length to drag your purse can do something worse than that," said Naeka Oringanje.

Police say the man drove away, but they want you to take a good look at him.

If you know who he is, you are urged to call Arcola Police.

In the meantime, officers will spend more time patrolling the local convenience stores after sunset.

"We want our community to feel safe so our goal is to continue increasing patrols and visibility, but aggressively go after anyone who comes to Arcola and commits a crime," said Arcola PD Chief Brandon Torres.

The chief says ever since ABC13 aired the surveillance video Thursday morning tips have been pouring in. He hopes to have an arrest soon.