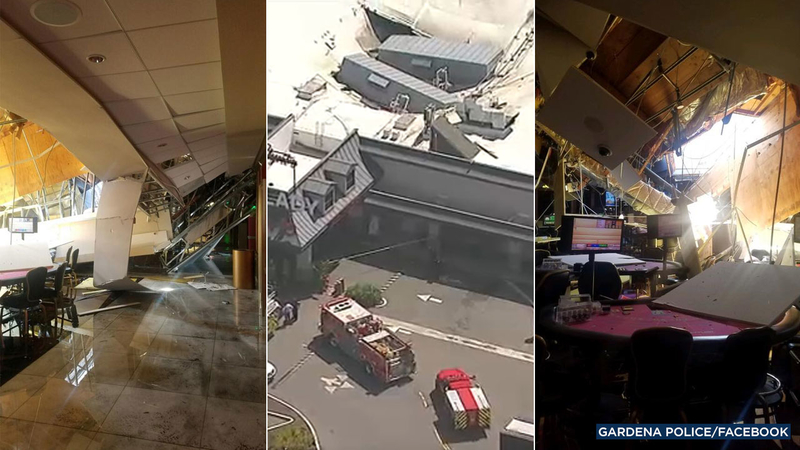 GARDENA, Calif. -- Firefighters responded to the Lucky Lady Casino in Gardena where a large portion of the roof caved in Monday morning.

The Los Angeles County Fire Department said everybody who was inside the building on Rosecrans Avenue at about 10 a.m. was evacuated.

Eleven people sustained injuries and seven were transported to a hospital. All injuries were minor except for one woman, who sustained moderate injuries due to a pre-existing condition.

The Gardena Police Department shared photos on Facebook that show the extensive damage from inside the casino. 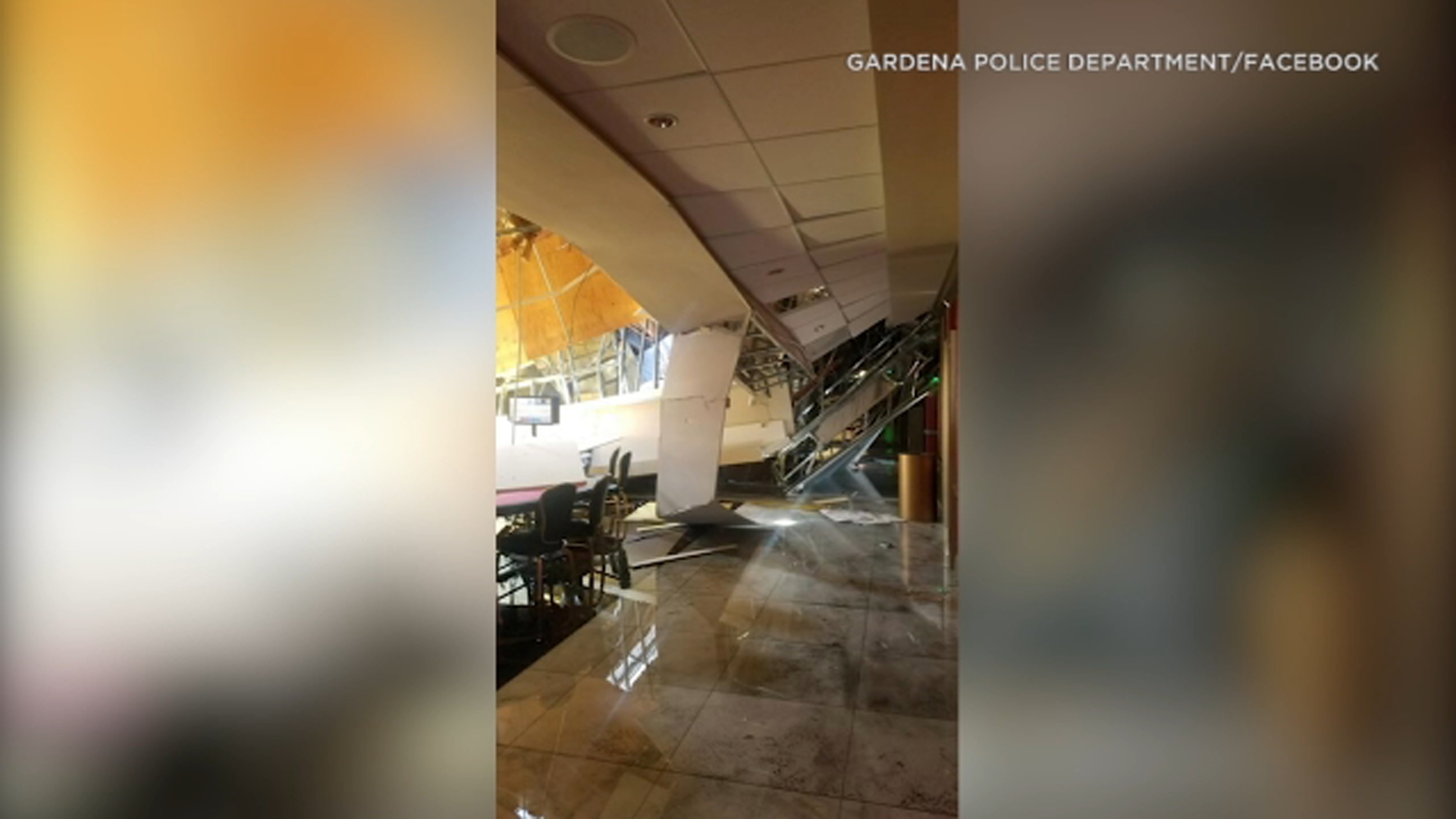 Photos from inside the Lucky Lady Casino in Gardena where a large portion of the roof caved in Monday morning. 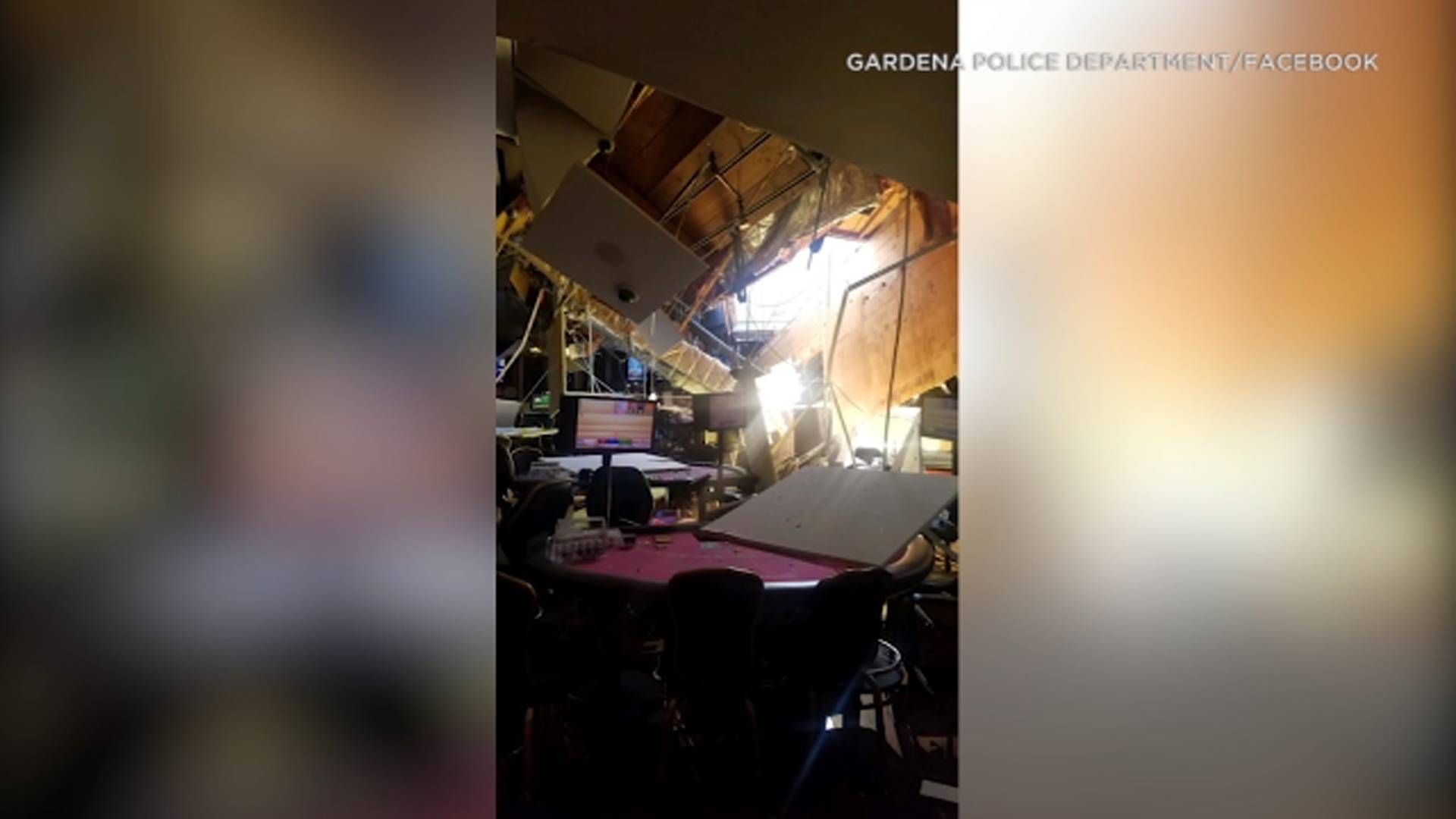 Photos from inside the Lucky Lady Casino in Gardena where a large portion of the roof partially caved in Monday morning.

Debris fell on some gaming tables near the lobby of the casino.

Fire officials said it all could have been much worse if the collapse would have happened in a more crowded area of the casino.

It's unknown what caused it to cave in. Fire officials also said the building had a significant water leak.

The casino remained closed Monday night and architects are on scene to work with the city to try to figure out what caused the collapse. It's unclear when the casino will be safe to reopen.
Report a correction or typo
Related topics:
gardenalos angeles countycasinoroof collapsefire departmentsaccident
Copyright © 2021 KABC-TV. All Rights Reserved.
TOP STORIES
Astros tie World Series with 7-2 win over Atlanta in Game 2
Windstorm could bring gusts up to 50 mph Thursday
Brothers describe boy's beating death in their family home
'That's not a mother': Grandmother of accused mother's daughter reacts
3rd person accuses same man of road rage, says he spat in her face
Eyewitness describes deadly Buffalo Speedway shooting
Police investigating after person found shot at San Jacinto College
Show More
The Woodlands voters consider incorporation in Nov. election
US limits immigration arrests at schools, 'protected' areas
Tree damages home and SUV during storm in N. Harris County
Is it a chicken? Astros and Braves fans struggle to identify mascots
Facts about 'Bobby Dynamite,' the Astros train guy, you may not know
More TOP STORIES News