Witness who fired on carjackers sought after northwest Houston attack 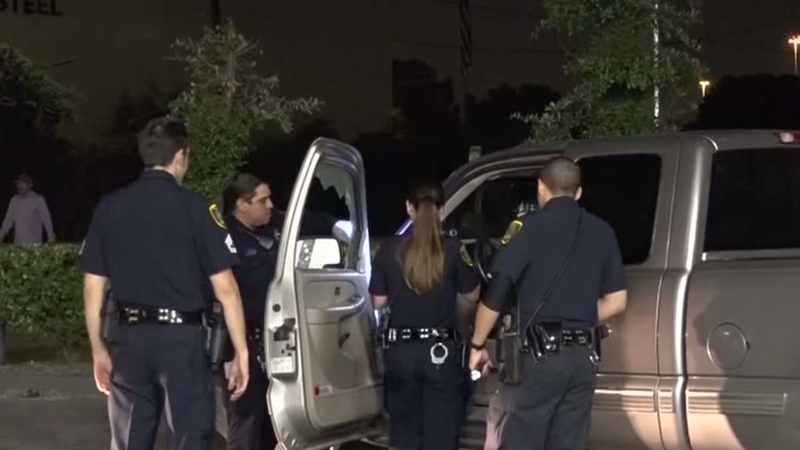 HOUSTON -- A man was carjacked and beaten after he walked out of the Valero gas station late Saturday night in northeast Houston. But someone else who witnessed the crime helped end the attack.

The attack happened on Kelley at Jensen around 11pm.

A man said he was hit on the head near a bus station on the edge of the parking lot. A witness saw what happened and as two suspects got in the man's truck to escape, the witness pulled out a gun and shot at the departing truck.

The suspect ditched the truck about three blocks away.

Police found blood inside the truck. Investigators aren't sure if the blood belongs to the suspect or the truck's owner.
The truck's owner is in the hospital recovering.

The witness who shot at the suspects didn't wait at the Valero for police to arrive. Police, who are still looking for a suspect, want to speak to the witness for help in their search.
Related topics:
houstonshootingcarjacking
TOP STORIES
METRORail train crashes with car in Midtown
Officer accused of watching 8 inmates attack fellow inmate
Woman robbed in driveway after trip to bank, police say
Human skeletal remains found in front of home in NE Houston, HPD says
Record highs ahead of strong cold front this weekend
Brazosport ISD parents claim district lax on bullying
Texas officials promise 'lights will stay on' this winter
Show More
'This is not a joke': Klein ISD student expelled after online threats
Rockets get revenge on Harden, beat Nets to win 7th straight
Texans coach cites 'standards' in releasing defensive star
Food drive draws attention to hunger among LGBTQ seniors
Woman pulled from car near brink of Niagara Falls dies
More TOP STORIES News