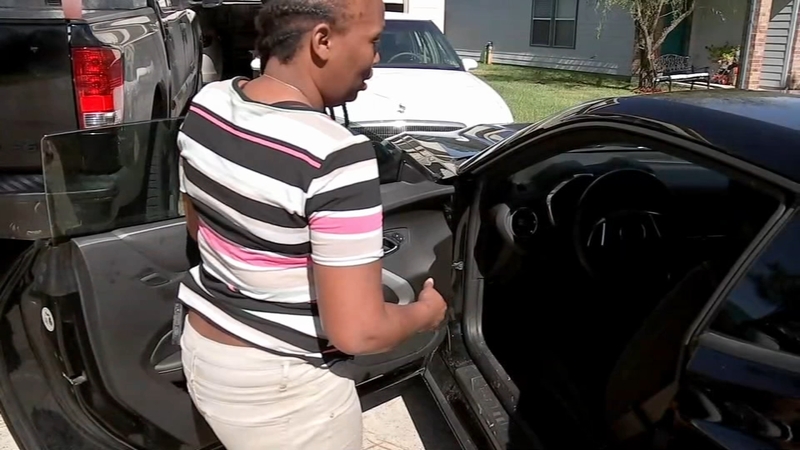 HOUSTON, Texas (KTRK) -- A woman says she made a wrong turn on her way to work and then became a victim of a robbery. It left her fearing for her life.

It was 6:20 a.m. on Monday morning when Cassandra Flakes was on her way to work.

"Normally, I stop and get breakfast or gas and my mind was wandering, so I had to exit and there was a lot of cars in front of me, so I missed my turn," Flakes said.

A wrong turn had her in the Primeway Federal Credit Union parking lot near I-45 and Airtex.

It was still dark when she saw two men. She said one came straight up to her window with a gun.

She said another suspect showed up, this time on her passenger's side, adding that he also had a gun.

"He had opened the door, so I freaked up," Flakes said.

Her mind was racing.

"I'm fixing to die. It's the only thing that's going through my mind," Flakes said.

She said they made her withdraw $100 from the ATM, took her purse, wedding ring and then her car.

"He called me little momma. He said, 'Little momma, since you're cooperating, but I'm going to have to take your ride.' They got in the car and took off. I started running," Flakes said.

She was able to locate her car with OnStar, which allows a vehicle owner to pinpoint their car's location when either the driver or the car itself asks to be located.

"To be alive, to be home with my family, I'm thankful they found my car, but this is materialistic stuff. I can get another car. I can't get another life," Flakes said.