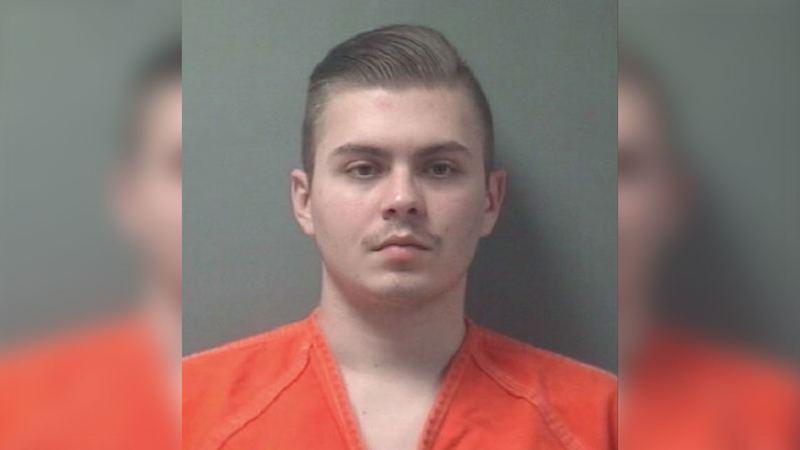 TEXAS CITY, Texas (KTRK) -- A Texas City police cadet is facing a series of criminal charges after his gun went off and hit three of his classmates.

Clayton Whatley, 21, claimed his gun went off accidentally while he was reaching for a pencil out of his book bag during a class.

The bullet fragments hit three of his fellow cadets, injuring two of them with puncture wounds in their legs.

Investigators say they now have reason to believe he may have been trying to shoot one of his classmates intentionally.

Court documents allege one of the three victims told officers she believes Whatley intended to shoot her, but pulled the trigger a little too early.

She accused Whatley of acting strangely towards her by making demands and even physically hitting her in the days leading up to the shooting.

The college's president, Dr. Warren Nichols says law enforcement is investigating, but cadets aren't allowed to have guns In the classroom anyway.

"They had been counseled from the first day of class not bring weapons into the classroom," he said.

Whatley is charged with two counts of aggravated assault with a deadly weapon.