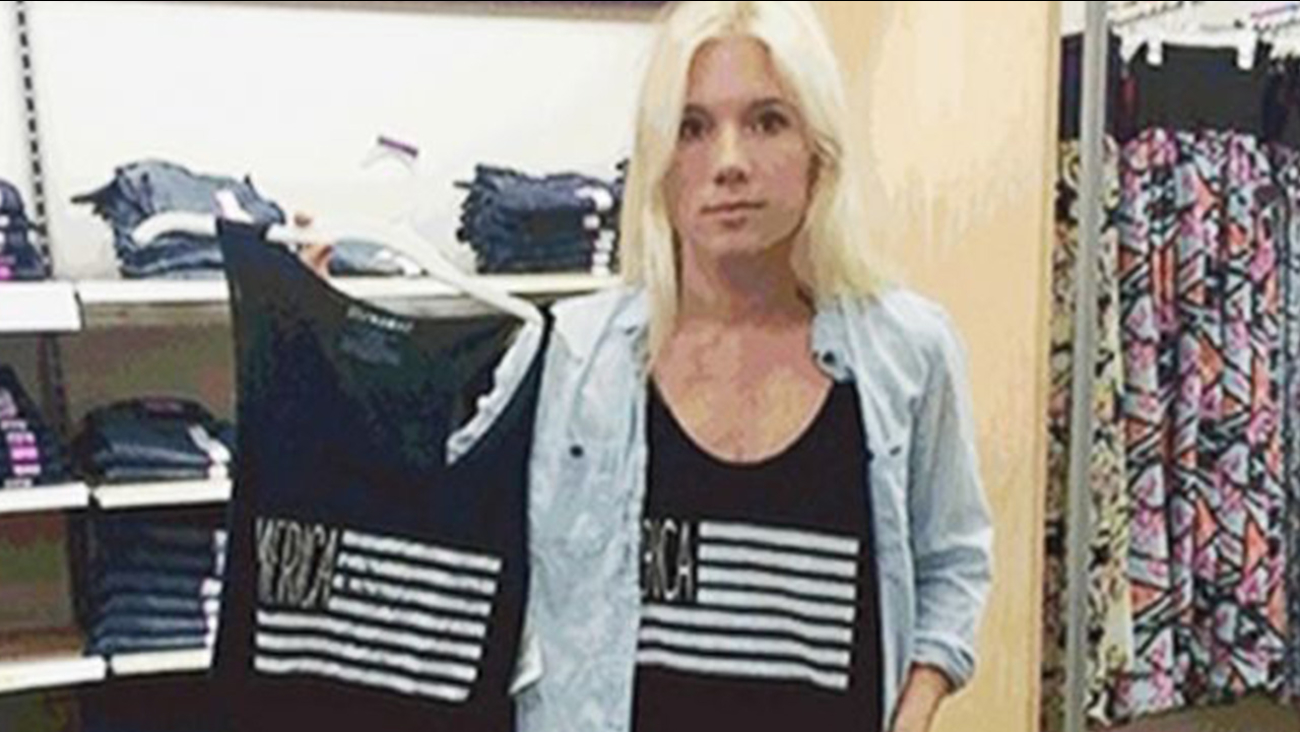 Small business owner Melissa Lay of Milwaukie, Ore. says that a design that she created for her t-shirt business has appeared on very similar shirts for sale at Target. (KATU/ABC News)

A clothing designer in Oregon was shocked to find a tank top in a Target store looking nearly identical to a shirt she sells at her online store.

Melissa Lay told ABC News that she started her online clothing shop last year so she could work from home to be with her children. Lay's shop was an immediate success, largely thanks to one t-shirt design: a black and white shirt that had the phrase "#Merica" on it with a white U.S. flag.

Earlier this month, however, Lay's friend sent her a photo of what her friend thought was a similar shirt at Target, thinking that Lay had stolen her design from the country's second-largest discount retailer. 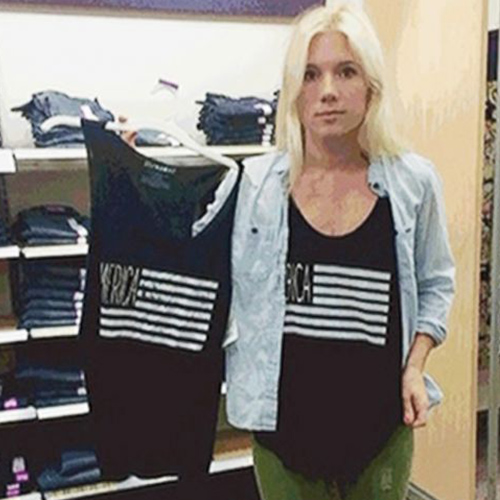 Melissa Lay says that a design that she created for her t-shirt business has appeared on very similar shirts for sale at Target.

"It was almost unbelievable seeing the picture," Lay told ABC News. "It was the first thing I saw when I walked in. I've been making and looking at this design for so long."

Lay says that she never gave Target a license to use any of her designs, and complained on both her website and on the Target customer service line. Lay said the customer service representative told her to file a written complaint and send it in, which she says she will do.

The story spread quickly over the web, and Lay says other people approached her with similiar experiences with the retailer.

"That's when I knew that it was worth fighting for small businesses," Lay told ABC News. "It's so hard to fight back."

A Target store in the Portland area confirmed that it has a shirt matching the design sold at Lay's online shop. The retailer sent a statement to ABC News saying they were reaching out to Lay.

"Target has a deep appreciation for great design and it has always been our policy to respect the intellectual property rights of others," Target said in a statement. "We are aware of this issue and are in the process of reaching out to the designer."

Lay told ABC News that her design is not trademarked, but has been selling the T-shirt for a year and is considering legal action.

Copyright expert and law professor Stacey Dogan said Lay would be able to pursue legal action even if she hadn't originally copyrighted her design, and could still be entitled to damages.

"It's less if the work has been registered and more whether the designs are substantially similar in protected expression," Dogan told ABC News.

Dogan, who said Lay would have to copyright her design before filing suit against Target, cautioned that in some cases the designs may seem similar but are not the same or are too generic for one to be declared original.

"If it's something that's very basic and simple the argument will be that the other party copied a theme or idea and didn't copy original expression," said Dogan.

The Target shirt, made in Guatemala, differs slightly in that the American flag appears more distressed, but Lay believes the design comes too close considering the method of how she built the design on her computer.

"It is mind-blowing, I literally created that with shapes in Photoshop," Lay said of her design.
Related topics:
businessbuzzworthyfashionu.s. & worldretailtargetconsumer concerns
Copyright © 2021 KTRK-TV. All Rights Reserved.
RELATED 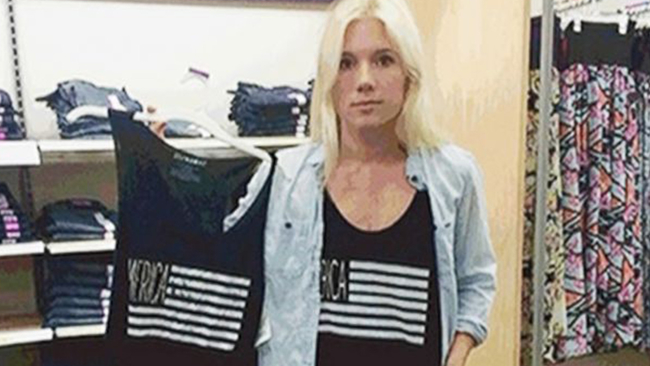