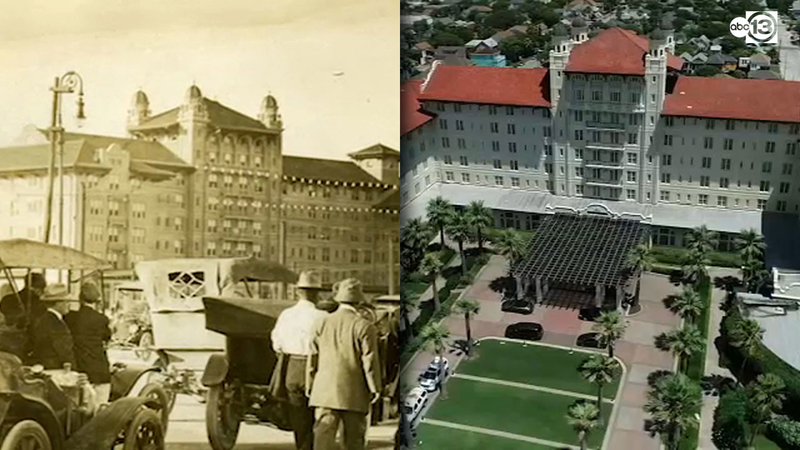 Have a haunting stay at Hotel Galvez

GALVESTON, Texas (KTRK) -- On June 10, 1911, the Hotel Galvez opened its doors. Over the years, the hotel has weathered storms, a Great Depression, welcomed presidential guests, and is believed to be haunted.

Bobby Lee Hilton is known as Mr. Bobby around the property and knew most of the hotel's history, starting from its beginning.

"During my freshman year in high school, I started as the coffee boy out here at the Galvez," Mr. Bobby said.

Built as a symbol of recovery following the Great Storm of 1900, it was named after Bernardo de Galvez, a Spanish hero of the American Revolution.

"It only took $1 million and one year to build this," Mr. Bobby explained.

Back in the day, Galveston was known as the "Vegas of the South." Across the street sitting over the Gulf was the famous Balinese Room, where many A-list celebrities performed, including Sammy Davis Jr., Frank Sinatra and Jerry Lewis. They stayed at the Galvez during their visit.

The hotel welcomed a number of presidents as well. Before Eisenhower was in office, he came to the Galvez, too. Mr. Bobby had the opportunity to serve him.

"I was just a little boy and I had to pour coffee for him," Mr. Bobby told us.

The stories and artifacts are preserved in the hotel's Hall of History. Guests are welcomed to walk through to view the hotel memories, some dating back to the earlier 1900s.

These days, guests are also invited to experience a different kind of tour as well.

"We've been offering a ghost tour and dinner for many years now, but because of the ongoing interest of our ghosts, we've stepped that up and we actually have weekly tours that you can do," said Christine Hopkins with the Hotel Galvez.

Mr. Bobby died on October 7 at the age of 86. The hotel continues to offer ghost tours and dinners with the concierge. In October, tours and dinners are available Tuesdays through Thursdays and Fridays as part of an overnight package.

You can book your tour around Hotel Galvez through its website.