Teen comes face-to-face with burglar who broke into home 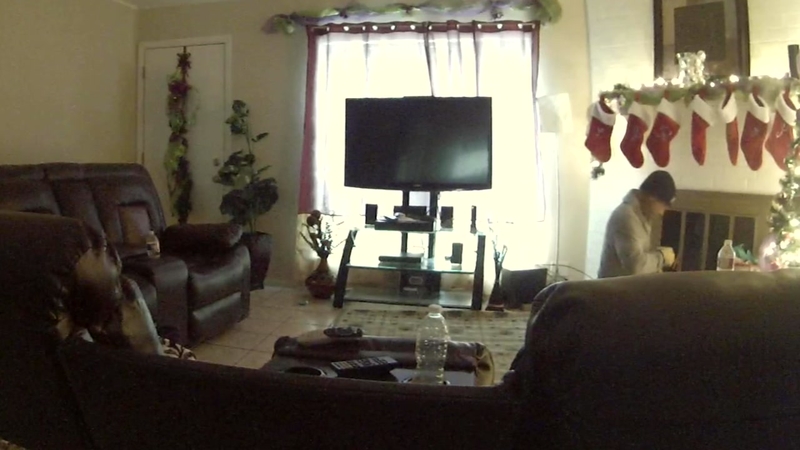 HOUSTON, Texas (KTRK) -- A Christmas burglary turned into a parent's worst nightmare Thursday morning after the intruder came face-to-face with a sleeping teenager.

Ramzess was asleep when someone entered his room.

"I realized it was this man that I've never seen before and then he just cursed and just left my room immediately and stormed out," Ramzess said.

The suspect took off and escaped through a window.

After leaving his room, Ramzess discovered signs of trouble.

"I realized that the guy that went into my room, obviously went through the gifts because we're not allowed to open gifts until Christmas," Ramzess said.

There was also a clue of a window being wide open.

But the best piece of evidence was the video the living room camera caught.

"He was just checking, and checking, and seeing what gift he liked," Ramzess said. "He was going through the gifts and taking all the wrapping paper out."

For a several minutes, the man goes through the gifts.

Only one present was missing, a necklace for Ramzess' grandma.

This isn't the only reported crime in this area on Plumbrook Drive.

Houston Police Department records show eight other burglaries on nearby streets over the past week and three aggravated sexual assaults.

Ramzess is thankful this incident was caught on camera. But it's still not comforting enough for him to remain home alone anytime soon.