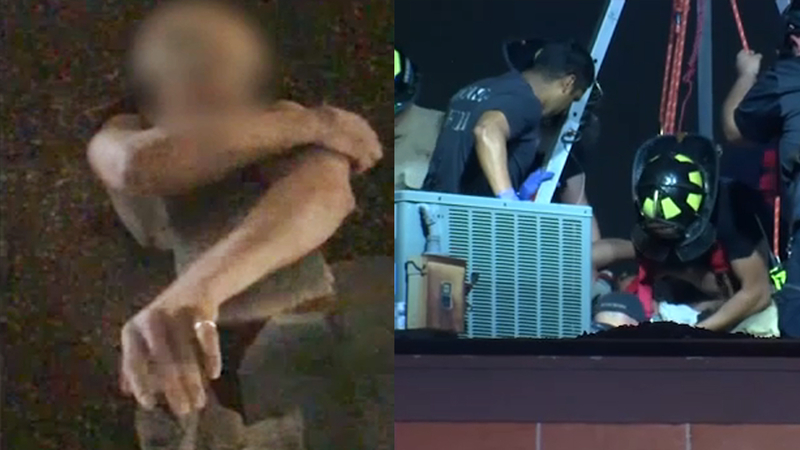 Man gets stuck in pipe in attempted burglary in southwest Houston

HOUSTON, Texas (KTRK) -- Screams for help from the rooftop of a Houston business led to the discovery of a man stuck inside a pipe early Sunday.

The bizarre scene played out at a building on Evergreen Street near Hillcroft.

It took firefighters 45 minutes and a lot of equipment to get the man out of the tight space.

Officials said they don't know how long he was stuck before he was found.

They do believe this was an attempted burglary and handed the case over to police.

The man was helped out onto a stretcher and taken to the hospital. He is in stable condition.