CAUGHT ON CAMERA: Bulls battle it out on neighborhood street after escaping ranch 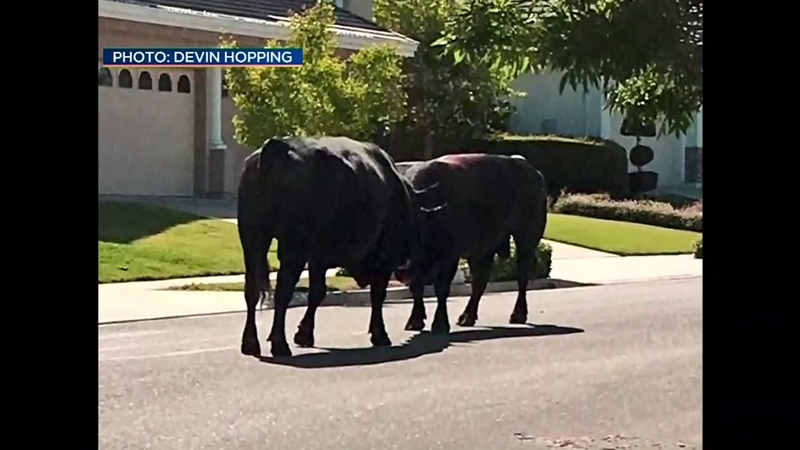 Head-butting bulls battle it out in neighborhood

FREMONT, California -- Two bulls got a taste of freedom as they wandered through a quiet California neighborhood and got into a real bullfight.

Two bulls, each weighing about 2,000 pounds, broke free from a ranch and ended up head-to-head on a neighborhood street.

"Another day in Fremont," said Fremont Police Spokeswoman Geneva Bosques. "Every once in a while we have these days where some bulls run amok."

KPIX-TV reports a rancher says the bulls got free by breaking through a fence while jousting.

"We see them up on the hill all the time. They're in our backyard sometimes," said resident Robert King. "It's really nuts, actually."

Police had to close the roads in the area while the bulls were rounded up.

It took seven police officers, two animal control officers and the red-faced rancher to get the bulls back where they belonged.