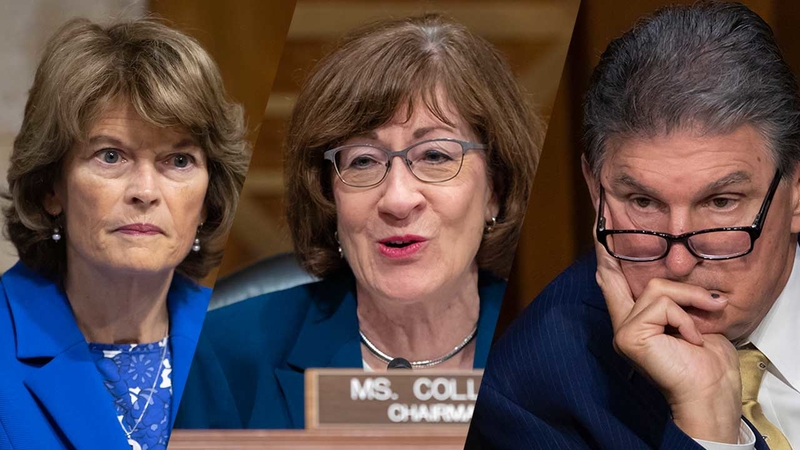 An initial vote was made Friday on whether to confirm Brett Kavanaugh, President Donald Trump's nominee to the U.S. Supreme Court.

With most of the Senate declared their intentions beforehand, all eyes were on just a few who hadn't announced. On Friday, two of those senators crossed party lines.

Based on the initial vote of 49 "no" answers and 51 "yes" answers, the confirmation was advanced to a final vote. Under Senate rules, 30 hours are now available for debate before the final vote.

Timeline of events before the vote

On Sept. 27, the Senate Judiciary Committee had hearings during which they heard testimony from Dr. Christine Blasey Ford, who described an alleged sexual assault by Kavanaugh when they were both in high school. During his testimony later in the day, Kavanaugh vehemently denied the allegations.

The next day, Kavanaugh's nomination was sent through to the full Senate for a vote. Each of the committee's 10 Democrats voted against sending the nomination on, while each of the committee's 11 Republicans voted to send it on. Sen. Flake, the deciding vote, asked for an investigation before the full Senate vote. The FBI has been conducting that investigation this week, and a report has now been sent to Capitol Hill for senators to review.

How many votes does Kavanaugh need?

If Kavanaugh gets 51 votes or more, he would be confirmed.

If there is a 50-50 tie, Vice President Mike Pence would be the tie-breaker.


Key senators who did not announce beforehand

Jeff Flake, R-Arizona: Voted yes
At the Senate Judiciary Committee meeting, Sen. Flake was the deciding vote on whether the committee would send the nomination to the Senate floor. After first saying he'd support Kavanaugh, Flake said later in the day that he thought the matter needed further investigation by the FBI. He voted yes to send the nomination onward, but called for an investigation to last no more than one week before the full-Senate vote.

RELATED VIDEO: Jeff Flake confronted by protestors in an elevator

After viewing the results of the investigation, Flake said he saw no new evidence against Kavanaugh.

"I was a 'yes' before this, and now we're in the process of reviewing it, but thus far we've seen no new credible corroboration (of the allegations), no new corroboration at all," he said.

Susan Collins, R-Maine: Voted yes
Sen. Collins is known as a moderate Republican whose vote has been considered uncertain. Like Flake, she expressed support for further investigation last week. After reviewing the FBI investigation results, she said she was satisfied with the report.

"It appears to be a very thorough investigation," she said.

"We will be ill-served in the long run if we abandon the presumption of innocence and fairness, tempting though it may be," Collins said Friday in remarks that stretched for more than 40 minutes but addressed the sexual-abuse allegations only near the end. "We must always remember that it is when passions are most inflamed that fairness is most in jeopardy."

Sen. Murkowski, who has been known to cross party lines, voted no in the initial vote.

I support this sensible agreement. pic.twitter.com/5QtenWGGqb

Former key senators who have announced their intentions

Bob Corker R-Tennessee
Corker, who's retiring from the Senate, has been known to criticize those in his party who he believes are too concerned with pleasing the president, so he was earlier considered a swing vote.

After the hearings, he announced his support of Kavanaugh.

I plan to vote to confirm Judge Brett Kavanaugh. My full statement: pic.twitter.com/LDj4epYyhc

Sen. Joe Donnelly, D-Indiana
Though experts originally said Donnelley may support Kavanaugh since he is from a red state and up for re-election, he has since made a statement against Kavanaugh.

Though like Manchin, Heitkamp is up for re-election in a red state, she told WDAY-TV Thursday that she plans to vote against Kavanaugh.