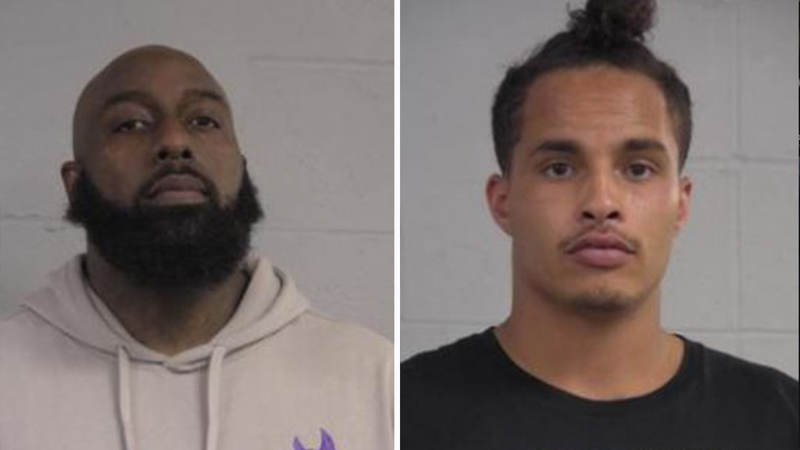 Felony charges against a Houston Texans wide receiver and a Houston rapper, both arrested during a protest for Breonna Taylor, have been dropped.

NFL player Kenny Stills and rap artist Trae tha Truth were among the 87 protesters arrested on Tuesday during a gathering at the home of Kentucky Attorney General Daniel Cameron in Louisville.

In a statement by Mike O'Connell, the county attorney in the Louisville area, police had probable cause for the felony charge, but "in the interest of justice and the promotion of the free exchange of ideas, we will dismiss that charge" for each of the protesters.

According to police, officers had said some of the protesters had threatened to burn down the house if they didn't get justice, prompting the felony charge of "intimidating a participant in a legal process."

After his arrest late Tuesday, Stills was released from jail Wednesday and tweeted about the incident later, writing: "'Good trouble' with my brothers and sisters- organized by @untilfreedom. Arrested for peacefully protesting. While Breonnas Taylor's murderers are still out on the street."

Both Stills and Trae tha Truth have been among the most active Houstonians calling for racial justice after the deaths of Taylor and Houston native George Floyd.

The three Louisville police officers responsible for Taylor's death were all terminated, but no charges have been filed against them.