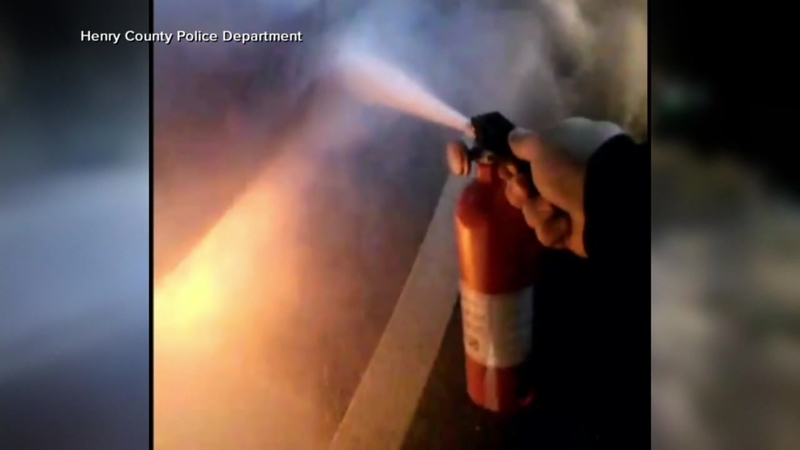 HENRY COUNTY, Georgia (KTRK) -- Two officers are being praised for their quick thinking after bodycam footage shows them rescue a man from his burning car just before it exploded.

Officer Kelly Horne was driving behind the car when he noticed flames coming out from the undercarriage. He called for backup and sprang into action.

The car came to a stop, but the driver didn't get out.

Horne grabbed the fire extinguisher from his car and battled back plumes of thick black smoke. Officer William Palmer arrived on scene to help and the two managed to fend off the fire for just enough time to open the passenger door.

Palmer pulled the man to safety and with mere seconds to spare, the car bursts into a fire ball.

The driver, who was charged with a DUI, was unscathed.