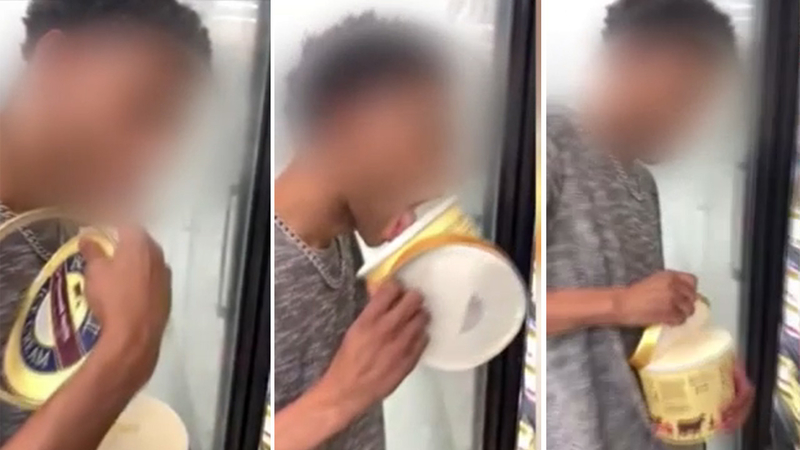 PORT ARTHUR, Texas (KTRK) -- A 24-year-old man seen on video licking a tub of ice cream at a Walmart in Port Arthur, Texas, has been charged with criminal mischief in the incident.

D'Adrien Anderson was booked on the charge at Jefferson County Correctional Facility Thursday night. He posted a $1,000 bond.

In the video recorded Monday night, Anderson opens the container, licks the ice cream and puts it back in the freezer. He ended up buying that exact product, the store confirms.
The video was posted on social media for everyone to see, including police.

The charge is a Class A misdemeanor and carries a penalty of up to one year in jail and a fine of up to $4,000, if Anderson is convicted.

This incident comes after a girl from San Antonio licked a Blue Bell ice cream tub and placed it back in a store freezer in Lufkin just last month.

She's a juvenile, so her identity was not released. The case was turned over to the juvenile courts. She is not expected to face adult charges.

Walmart released this statement to ABC13 on Wednesday:
"If food is tampered with, or a customer wants to leave the impression that they left behind adulterated product, we will move quickly with law enforcement to identify, apprehend and prosecute those who think this is a joke-it is not."