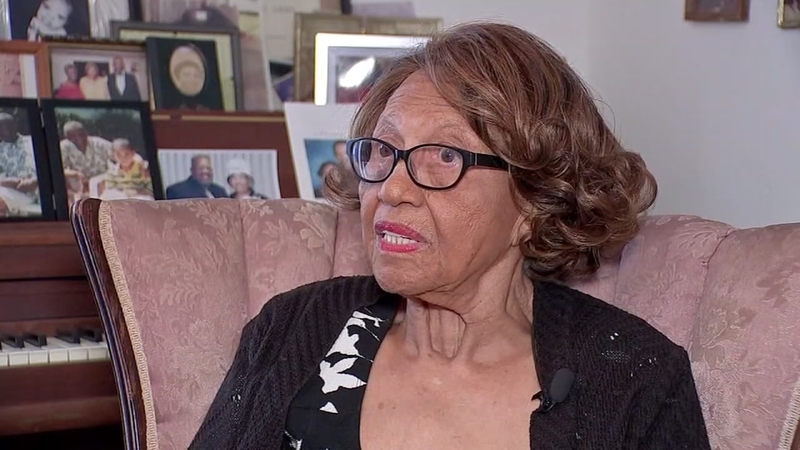 HOUSTON, Texas (KTRK) -- It's not everyday that a person reaches the century mark. It's rare to find someone older than 100 years old.

Bertha Mack York celebrated her 101st birthday on Tuesday and she's as alert as ever.

Born in 1917, York goes by the nickname "Big Mama," and she has lived through two world wars, the Great Depression and more than a century of fountain of youth fads.

You may want to know her secret, but she says it's really simple.

"I don't take medicine. I've never taken a bottle of medicine in my life," York said.

She also said that she doesn't drink or smoke, but fills herself up with a lot of water.

"I eat whatever I want. I don't like Mexican food or Chinese food. Them two I don't like," York said.

Her most prized secret is her Bible, she says she reads it daily and prays often.

"That's the only person who has helped me with who I am today," York said.