Bill Worrell, who retired in May 2021 after 40 years of broadcasting with the Rockets, was honored by Mayor Turner at city council
KTRK 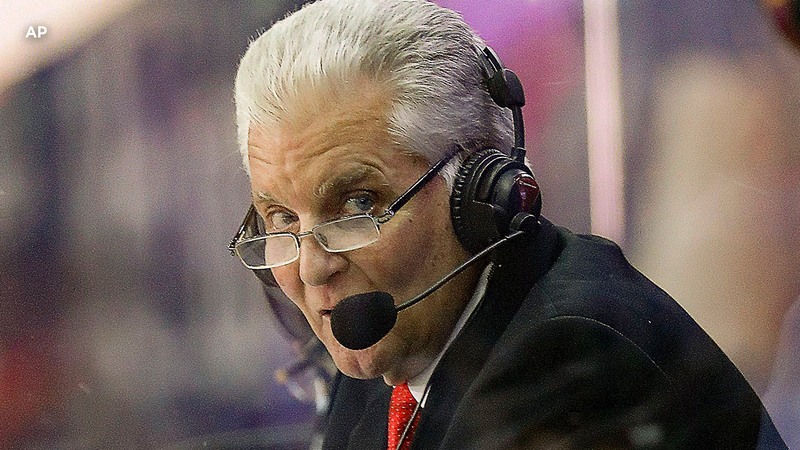 Worrell, 75, covered the Astros and the Oilers, but he's probably best known for lending his voice to 40 years of broadcasting with the Rockets.

Worrell retired as the Rockets' television play-by-play broadcaster last May following the team's final home game of the season against the Los Angeles Clippers.

The University of Houston alum is a Bayou City native whose television career started in 1970 shortly after he graduated.

But his resume boasts a number of high-profile sporting events, including the Super Bowl, Kentucky Derby and Indianapolis 500.

On Wednesday, Mayor Sylvester Turner presented Worrell with a proclamation that will mark Friday, Jan. 7, Bill Worrell Day. The celebration continues later that night as the Rockets will host Bill Worrell Night at the Toyota Center, where the Rockets take on the Dallas Mavericks.

This morning, I was honored to present a proclamation to a native Houstonian, legendary @HoustonRockets broadcaster, and @UHouston alum Bill Worrell.

Bill has truly made his mark on the sports world and our city is appreciative of all his contributions that expand many decades. pic.twitter.com/ozrmU0E19f

The first 3,000 fans will receive a Bill Worrell pin, and the evening, which also happens to be Remix Night, will be commemorated with limited-edition signed posters of Worrell designed by Sarah Welch.