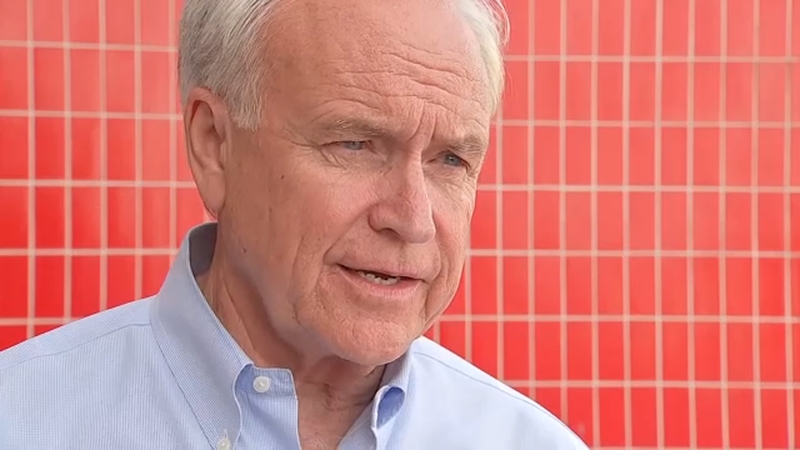 HOUSTON, Texas (KTRK) -- Houston mayoral candidate Bill King was all smiles as he greeted his supporters during his Election Night party Tuesday.

Polls are now closed, and early numbers show Mayor Sylvester Turner substantially leading the race with 49 percent of the votes.

Challenger Tony Buzbee is trailing him at 29 percent, and King follows at 13 percent.

Before any additional precincts had been reported, King made a statement to supporters that acknowledged his current third-place finish, but stopped short of conceding the election.

It was an emotional speech, one that he said nearly brought him to tears. It appears his second bid for Houston's top seat will come up short again.

King gave us his reaction to what took place.

King said he's waiting for the results to come in before he makes any concession plans, which he says could be Wednesday.

With fewer people voting this year, King hoped that people would remember voting for him in 2015, when he came about 4,000 votes short of winning the runoff election against Turner.