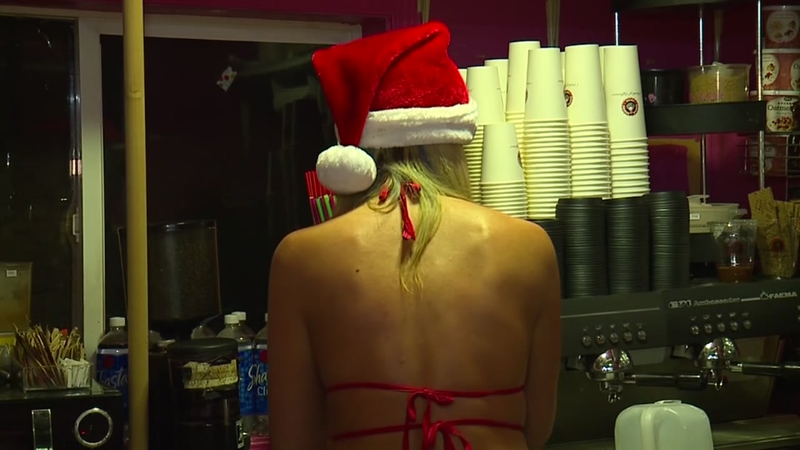 SEATTLE, Washington -- A federal judge has ruled in favor of bikini baristas in Everett, Washington, who sued the city over new dress code ordinances that ban bare skin.

U.S. District Court Judge Marsha Pechman on Monday extended an injunction that prevents the city from enforcing the two laws. That means the coffee stands can continue to operate while the lawsuit filed by seven baristas and the owner of a chain of coffee stands called "Hillbilly Hotties" makes its way through court.

"This is just another step in the progress of women's rights," plaintiff Jovanna Edge said in a statement Monday.

Pechman wrote that the ordinances - one that attempted to impose a dress code and another that redefined lewd conduct in the city - are likely void for vagueness under the 14th Amendment.

The ordinances "fail to provide clear guidance and raise risks of arbitrary enforcement," she wrote.

One of the laws requires workers to wear a minimum of tank tops and shorts. It specifically applies to employees at "quick service" restaurants, which also include fast food and food trucks.

The other redefined the city's lewd conduct ordinance and created a new crime of facilitating lewd conduct.

Everett and Snohomish County, north of Seattle, have had a troubled history with the shops, which in some cases have operated as drive-thru strip clubs or brothels. A former Snohomish County sheriff's sergeant pleaded guilty to helping launder money from a prostitution operation run out of some of the roadside stands and was sentenced to one year in jail.

The city cited a number of sex offenses at bikini barista stands while adopting the measures.