Accused shoplifter slaps, kicks worker who confronted him over wine at store in NE Houston 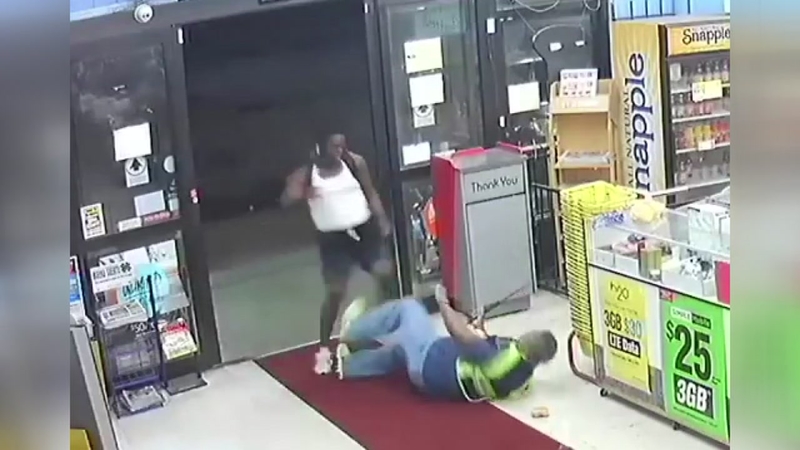 HOUSTON, Texas (KTRK) -- Surveillance video released Thursday morning shows a wanted shoplifter kicking and beating a store worker who confronted him as he tried to steal a bottle of wine.

A second person is also wanted for the crime which happened at the Big Food Mart on Homestead near Guadelupe in northeast Houston.

When the employee confronted them, one of the suspects slapped the worker's hands, then ran toward him and kicked him.

The employee fell to the ground, where he was repeatedly punched.

Both suspects ran off.

Authorities describe one of the suspects as a black man, 18 to 20 years old with a medium build. He was wearing a white muscle shirt, black shorts, white shoes and a backpack.

The second suspect is described as a Hispanic man, also 18 to 20 years old, but with a thin build. He was wearing a black shirt, black pants and red Nike shoes.