By Cassandra Pollock, The Texas Tribune 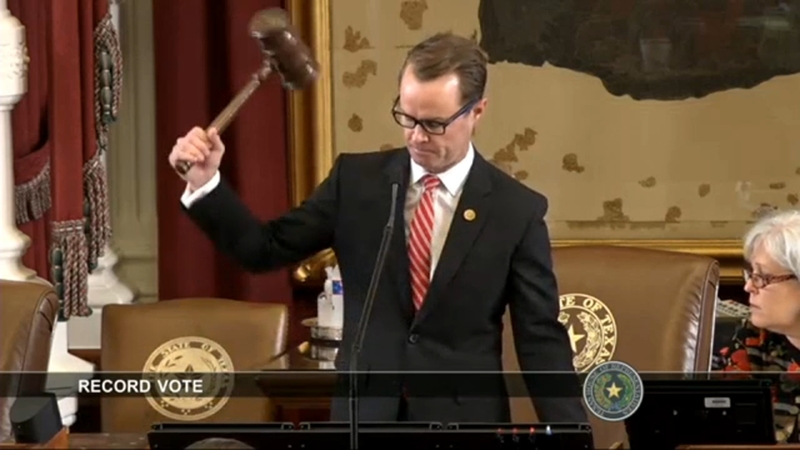 WASHINGTON -- Beto O'Rourke has funneled $600,000 to Texas House Democrats in Washington, D.C., to help fund their stay, which could last for up to another two weeks as the lawmakers attempt to block passage of a GOP election bill at the state Legislature.

Powered by People, the group started by the former presidential candidate and El Paso congressman, will wire the funds to the Texas House Democratic Caucus sometime this week, according to state Rep. Armando Walle, D-Houston.

The video above is from a July 13, 2021, report by ABC13's Ted Oberg, who traveled to Washington in the wake of the Texas House Democrats' leaving the state in the middle of the special session.

The money will be used to help offset costs for lodging, meals and transportation as over 50 Democrats and roughly two dozen staffers stay in the nation's capital. Members left Texas about 10 days ago and have said they plan to stay out of state until after the special session ends Aug. 6.

The funds will also help pay for costs associated with a virtual voting rights conference the caucus helped to host this week, Walle told The Texas Tribune on Wednesday.

O'Rourke announced the news during that virtual conference Thursday morning, saying that his group will continue fundraising for the Democrats in D.C.

"We're gonna make sure that we get the full amount, 100% of what's raised, to y'all," he told lawmakers. "It is the least that we could do for everything that you all are doing for us. We want to do more."
Walle said that the infusion of funds will go toward Democrats' goal of raising $1.5 million to continue to help pay for the bills while in D.C. The caucus, he said, is "on a good pace to meet that goal."

SEE ALSO: As Texas lawmakers wait for Democrats, how much is it costing taxpayers?
EMBED More News Videos

O'Rourke's team previously announced that the group had raised over $500,000 for the Democrats in two days, with over 15,000 contributions and an average individual donation of $36. That previous amount raised will be included in the $600,000 transfer to the caucus, Walle said.

So far the Democratic caucus, which paid for the two private jets to fly members to D.C., has split costs for the trip with the Mexican American Legislative Caucus and the Texas Legislative Black Caucus. The campaign accounts of state Reps. Chris Turner of Grand Prairie - who chairs the Democratic caucus - and Trey Martinez Fischer of San Antonio have also helped out with costs.

State lawmakers are paid a salary of $600 a month and a $221 per diem for every day they are in session. House Speaker Dade Phelan, R-Beaumont, has asked the quorum-busting Democrats to return the per diem "immediately upon receipt," which some members have said they plan to do.

"Grateful to Beto and all folks who have contributed to our efforts - many small donations have come in too," Walle said. "We're all working together to raise those resources. We're not there yet, but that's why we're on the phones, making those calls."