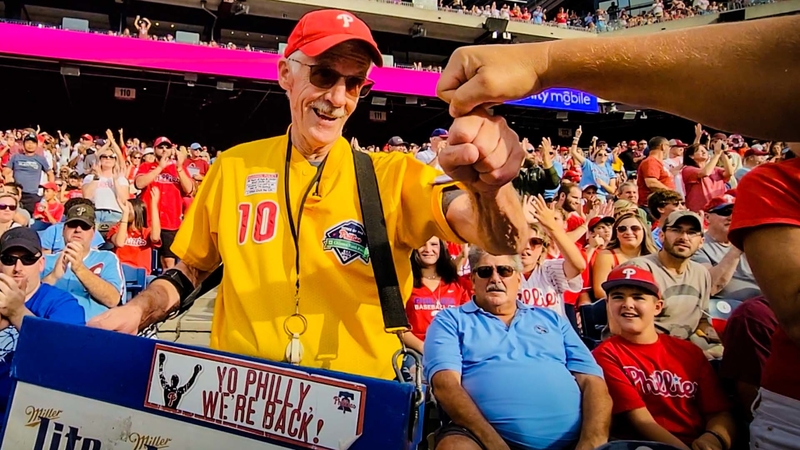 "If I thought of this as a job I probably would not have lasted this long," he said.

Culin also has fond memories working at various concerts, selling at the All-Star game in 2004, and working at the Live Aid benefit concert in 1985. While working at the Vet, he used to befriend the wives of various Phillies players who sat behind home plate.

And even though he loves working in the beautiful Citizens Bank Park, he jokes that walking up and down the aisles was easier at its predecessor.

"As much as I like this stadium, the steps at the Vet were better," he said. "These steps are three feet long, so you have to take two steps on every one."

Still, with each step comes the opportunity to make a sale and interact with loyal Phillies fans.

A baseball fan at heart, Culin was disappointed when fans were prohibited from attending games during the COVID-19 pandemic. But he remained faithful that he would place cold beers in the hands of fans once again.

"This past June, when we got the call to come back, it was the best news I've received in a long, long time."

When he's not working at the ballpark, Culin is an insurance adjuster. He hopes to continue enjoying ball games and working alongside his family of Aramark employees for a few more years to come.