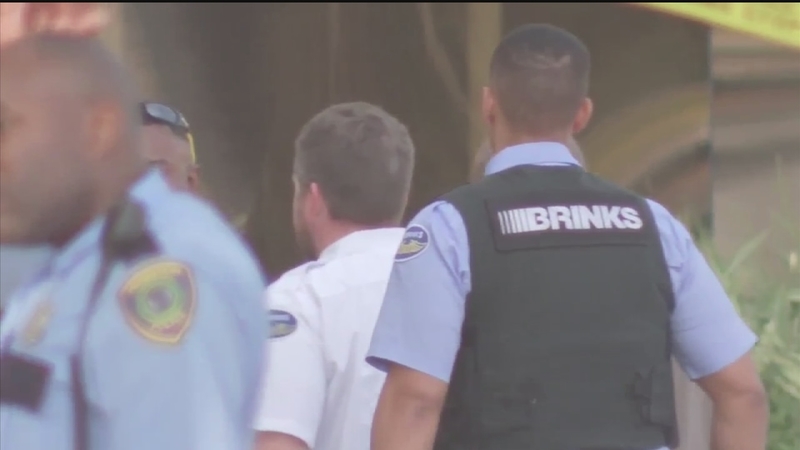 Hunt on for gunmen who killed guard

It started as an attempted robbery around 2pm Thursday at a bank on Westheimer near Chimney Rock.

Brinks guard shot at Capital One bank robbery. Here's an #abc13eyewitness pic from inside the building: pic.twitter.com/GAq5cMP56B

Three masked gunmen ambushed the two guards in this Brinks truck as it sat outside the bank. They shot one guard. The other shot back and they got away.

"My mom you know was crying. She was in like a frantic state because he's like a friend of the family. So it really hurts," said Krystle Reed, the daughter of the guard who returned gunfire.

The witness who called 911 on the phone says he could see where the bullet had gone through the guard's head, that he was bleeding from the mouth and ears. He said the guard had a slight pulse when he felt his neck.

The guard was taken to the hospital, but HPD confirmed his death late Thursday evening. HPD hasn't released the guard's identity at this point.

"But she's always been brave like that. That's like her friend so she was probably like protecting. She's a protector. She protects her children. She just protects. That's what she do."

The suspects drove off in a white Ford F-250. Police recovered the truck but the men are still on the loose.