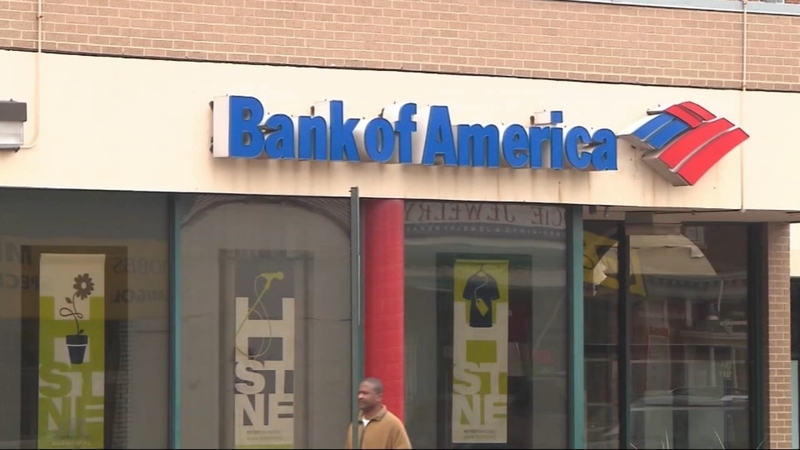 OAKLAND, Calif. -- You may have noticed it lately -- many banks closing branches, as more customers bank online, and fewer in person.

But for one California man, it caused a mild panic.

Bank of America shut down his branch just hours after he made a huge deposit. His money disappeared, so he came to reporter Michael Finney from KGO-TV, our sister station in San Francisco, to find it.

It's hard to believe it could happen at a major bank. This viewer deposited $33,000 through a teller at Bank of America in Oakland. Hours later the branch shut down. His deposit never posted. And everybody kept saying, "Sorry, there's nothing we can do."

It was like a bad dream... except, it was real.

"I'm starting to think I may not see the money ever," said Brian Leonard of Oakland. "'You're telling me that Bank of America lost $33,000 of my money, and you're telling me right here to my face, there's nothing you can do?' 'That's right, sir.'"

Leonard deposited $33,000 into his account at Bank of America. Then it disappeared.

It all began in Leonard's kitchen. "My wife and I are in the midst of a big kitchen remodel," he explained.

He brought a cashier's check straight to the teller at BofA so it would clear right away.

"I deposited the cashier's check... she said it would post that afternoon or next morning at the latest," Leonard said.

However, when he checked his account the next day, the money was not there. He called BofA -- and it was not good news.

"The woman said that there was no record of the transaction. So as far as she was concerned, no transaction happened," he said.

Leonard drove back to the bank and got another surprise: BofA had shut down that branch, just hours after he'd made his big deposit.

"When I realized the branch was closed, and the teller that took my $33,000 cashier's check is nowhere to be found, my heart sank into my stomach... I felt like I just saw the boat leaving the dock and my money's on the boat," he said.

Leonard went to another branch, only to find the doors locked there too.

"It was closed permanently, so that's when I started getting very nervous; wait a second, the branches are closing, the people I've had contact with... gone," he said.

He went to a third branch. It was open -- but the manager didn't help.

"He said, there's no record of the transaction. So there was nothing he could do," Leonard said.

Bank of America has said it will not ask customers to transfer money between accounts or request sensitive information.

Leonard showed him the cashier's check and deposit receipt -- proof of the missing money. "I said, 'You're the manager, can you escalate the issue.' He says, 'No, there's nothing I can do.'"

Leonard says everyone at BofA kept telling him that.

"Well, it was kind of, kind of kafkaesque," he said.

But there was something Leonard could do. He contacted the bank's CEO, the federal government, and KGO-TV.

"And you know, that ball started moving quickly," said Leonard.

BofA said the problem arose because the cashier's check was made out to Bank of America, not Leonard, and it "delayed the process."

Criminals are targeting other bank customers, in addition to Bank to America, tricking them into sending them money through Zelle.

BofA didn't say why no one helped Leonard track down his money... until now.

"Within the course of a couple of hours, Bank of America contacted me, they said they're gonna give me $33,000. 7 On Your Side, man, you guys were on it," Leonard said.

This story is a great reminder: keep your receipts!

BofA did not comment on whether the shutdown of that branch may have caused a problem with the deposit, but says it's a temporary closure.

This is one of hundreds of bank branches to close nationwide over the past year.